SIBF 2021 to start next month: Here’s all you need to know

40th annual Sharjah International Book Fair will be home to 1,566 publishers from 83 nations; 85 writers and creatives from 22 countries will lead 970 cultural events across 11 days 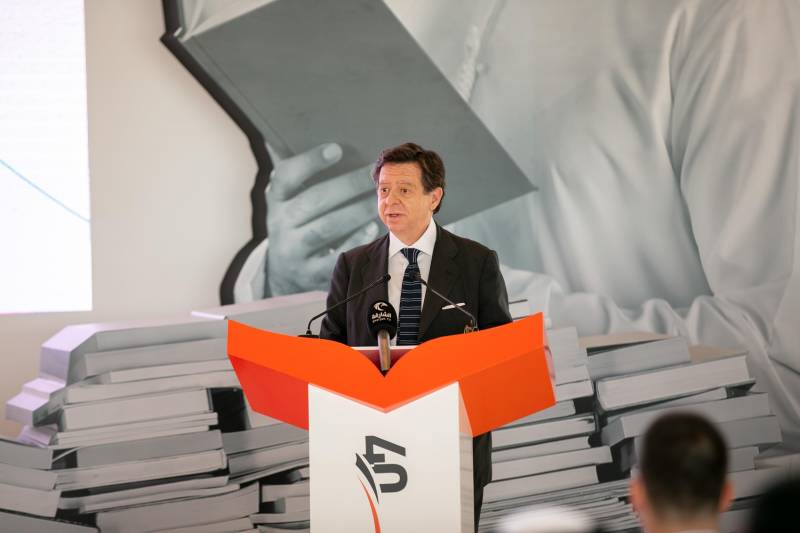 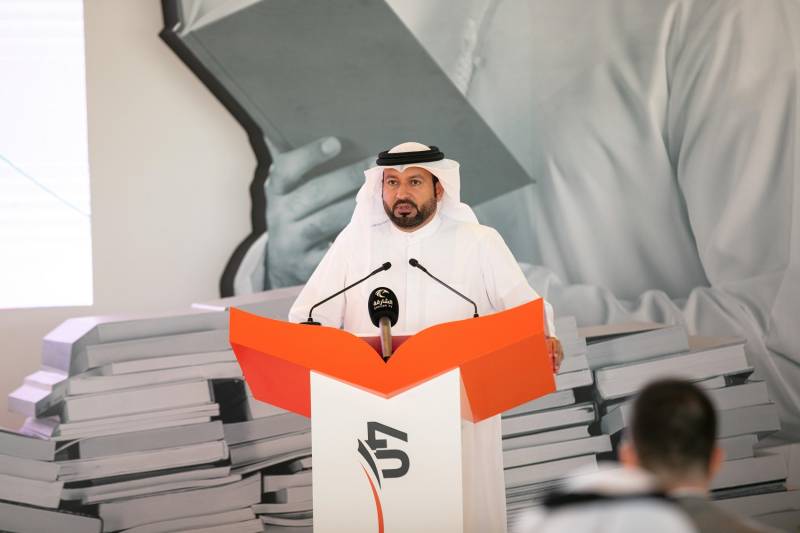 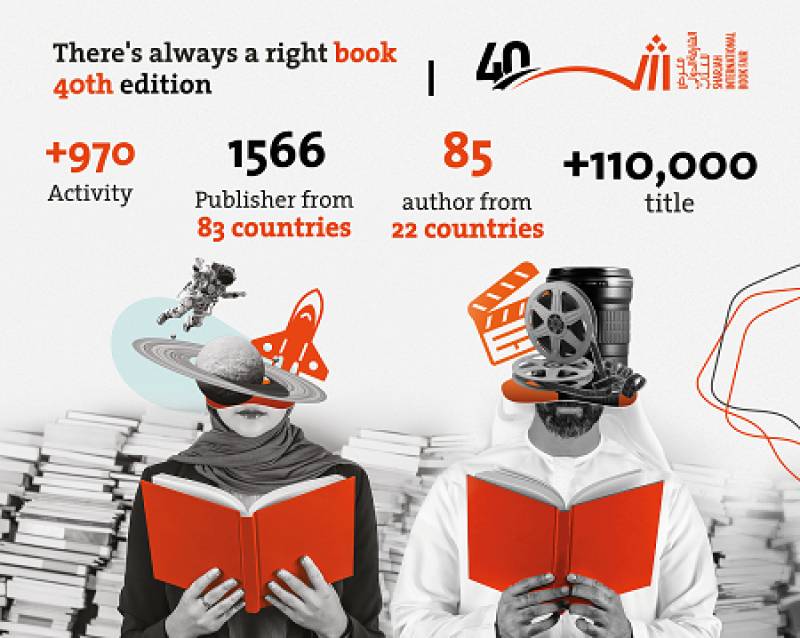 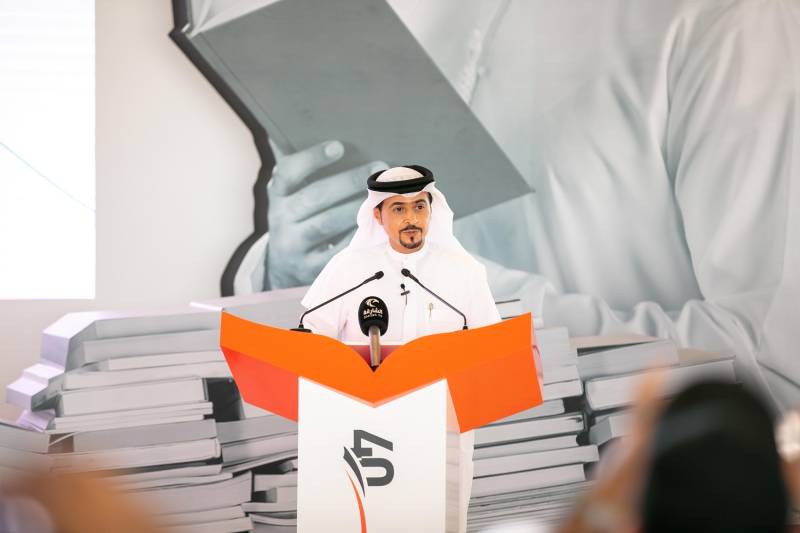 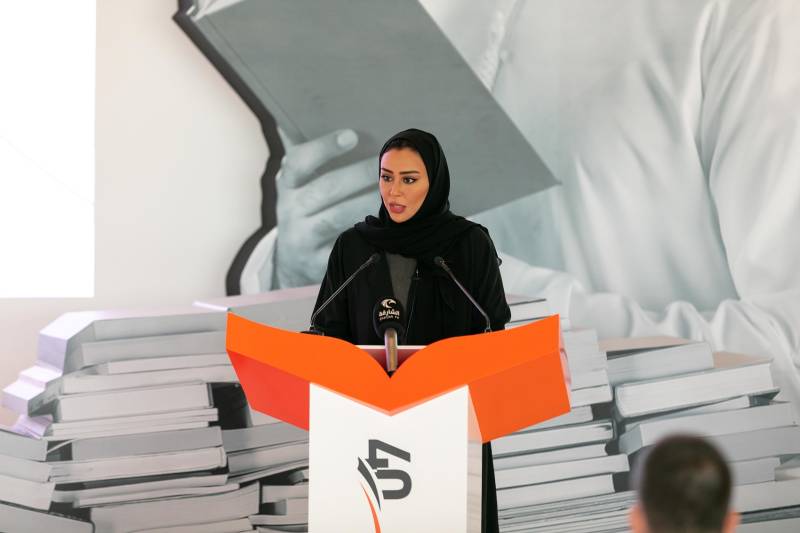 SHARJAH - With Nobel and Booker laureates, screenwriters of leading 21st-century shows, renowned authors, illustrators and creatives from around the world, the 40th annual Sharjah International Book Fair will be star-studded.

Taking place over a course of 11 days from November 3 – 13 at Expo Centre Sharjah, the milestone edition will also bring 1,566 publishers from 83 countries along with millions of books under its roof.

Organised by the Sharjah Book Authority (SBA), SIBF 2021 will be welcoming 85 writers and intellectuals who will lead the fair’s 970 events and activities including literary discussions, workshops, seminars, cultural shows, concerts, theatre, and more, under the theme ‘There’s always a right book’, inspired by SBA’s international campaign ‘Into Books’, which has been making waves around the globe since its global unveiling this August.

Al Ameri: Every achievement and every change we strive for starts in the pages of a book

In his keynote address, HE Ahmed Al Ameri said: “Over the past 40 years, we have imbibed several key lessons from the vision and efforts His Highness Sheikh Dr Sultan bin Muhammad Al Qasimi, Member of the Supreme Council and Ruler of Sharjah, on the emirate’s cultural project. The most important among these is every achievement and every change we strive for starts in the pages a book; every discussion we begin and even the understanding of our history starts with a book.”

He added: “The 40th edition of SIBF is a remarkable cultural milestone for Sharjah and the UAE, through which we want to continue driving our efforts to promote the growth and post-pandemic recovery of the global publishing industry. SIBF 2021 will serve as a catalyst for new readers and a key player in transforming the industry to meet their needs. At the same time, the book fair will offer a platform for authors and researchers to broaden their areas of interest.”

India is participating with 87 publishers, while 48 are coming in from the US, 26 from Italy, 16 each from Canada and Brazil, 14 from Spain, and 12 each from Mexico and France. Nine countries will debut in SIBF, including Colombia, South Sudan, Cameroon, Kenya, Malawi, Rwanda, Tanzania, Uganda and Zimbabwe.

SIBF 2021 will host Kuwaiti journalist and writer Taleb al-Refai as the cultural personality of the year to honour his rich contributions to Arabic literature through his novels, short stories, literary criticisms, as well as his role in reviving the Gulf region’s literature and building bridges between Arab and Western cultures for over three decades.

The richness and diversity of global literature and culture will be represented by Tanzanian novelist and the winner of the Nobel Prize in Literature 2021, Abdulrazak Gurnah who is making his first appearance in a global event since being honoured with the title; Chris Gardner; writer Yasmina Khadra; Amitav Ghosh; Chetan Bhagat; and the young inventor Gitanjali Rao from America.

SIBF 2021 Guest of Honour programme to be led by Spain

From culinary demonstrations to musical concerts including the 'La Caramba' will be part of Spain’s rich GoH programme, which will span 25 activities in total led by 41 guests. A panel discussion on scriptwriting by the screenwriters of the hit Netflix series “Money Heist” (La Casa de Papel), Javier Gómez and Diego Avalos, and illustrators of children’s and young adult literature will host workshops. Authors and publishers will be the real protagonists of the programme who will be discussing the importance of translations among other key topics to highlight the shared legacy of Spanish and Arab cultures.

SIBF 2021 is organising 355 activities, shows and workshops for children this year, which will be led by professionals and experts from 9 countries. In addition, the 11-day fair will feature an outdoor exhibition from Canada titled ‘The Heart of Traveler’, which is dedicated to celebrating the literary experiences of the Haitian-Canadian novelist Dany Laferrière and includes seven interactive shows based three of his novels.

In line with its strict health and safety framework, the book fair will be open once again for school and university visits. SIBF 2021 visitor capacity protocol is that the numbers will be capped at 80 per cent of the venue’s full capacity. Schools that wish to schedule a visit need to pre-register.

Additionally, the SIBF will be organising author visits to select schools and universities across the UAE.

A total of 11 workshops at SIBFs popular Social Media Station will cover topics including social media trends, creative content and other issues during the book fair. Notable guests leading the activities include Amr Maskoun, Mohamed Tarek and Hadeel Marei.

The Illustrators Survival Corner, a project in collaboration with Bologna Children's Book Fair curated by Mimaster Illustrazione, will hold three hands-on workshops and masterclasses for aspiring illustrators, designers and art directors who will be taught to use image design and creativity tools, learn international best practices and will benefit from professional portfolio reviews.

200 librarians and experts from 20 countries along with 17 speakers from 10 countries will convene at the 8th edition of the Sharjah International Library Conference (SILC). Held in collaboration with the American Library Association (ALA) from November 9-11, the pre-conference workshops and the two-day conference will take place in a hybrid format. An international group of librarians and experts will lead the conference discussions, which will centre around new trends and technologies, establishing collaborations and networks, enhancing leadership skills, and developing and promoting new services for their respective communities.

More than 520 publishing professionals, agents and authors, and 35 speakers will take part in the 11th SIBF Publishers Conference, taking place at Expo Centre Sharjah from October 31 - November 2. The three-day event will host 8 panel discussions on the key issues and challenges facing the publishing sector in the region and around the world. Participating publishers will get the opportunity to apply for the US$300,000 SIBF Translation Grant. The hugely popular ‘Matchmaking’ sessions will be held on all three days of the conference for the convenience of publishers and industry professionals to discuss buying and selling of rights and strike new deals, especially in the Arab market.

A brand-new feature of the SIBF programme, a two-day National Libraries Summit, will be organised at the SBA headquarters in Sharjah on November 8–9. The theme of the summit is ‘Attend, Interact and Influence’ and will be attended by 60 participants from 20 counties and 20 national libraries from around the world who will be engaging in several discussions and four networking meetings.

Noting that his address was a tribute to SIBF, HE Inigo de Palacio, Ambassador of the Kingdom of Spain to the UAE said: “The Sharjah International Book Fair is the most relevant book fair in the Arab region. I’ve been informed that more than 77 countries participated in the 2019 edition, which welcomed over 2 million visitors. This is outstanding! These numbers are a testimony to the cultural vision and leadership of His Highness the Ruler of Sharjah”.

Palacio thanked Sharjah for accepting LIBER Book Fair 2019’s invitation to be Guest of Honour (GoH) and said, “Spain is reciprocating Sharjah’s generosity by coming to SIBF 2021 as a guest of honour”.

“A highlight of Spain’s guest of honour programme is a high-level visit by our Minister of Culture and Sports. Following SBA’s recent visit to Madrid, this new opportunity will be a significant milestone in Emirati–Spanish cooperation. Through our participation in SIBF 2021, we will be proudly representing not just Spain, but a community of more than 560 million people worldwide,” he continued.

HE Mohammed Hassan Khalaf, Director General of Sharjah Broadcasting Authority, said: “The Sharjah Broadcasting Authority has a clear vision based on the directives of the Sharjah Ruler that media is machinery for positive change. We work in partnership with entities like SBA to make the emirate’s projects a success. Let’s congratulate all Emiratis and readers worldwide on the occasion of the 40th edition of SIBF, which has transcended its role as a book fair to become a cultural representation of Sharjah and the UAE – a message from the UAE and the Arab nation, which beliefs in the intrinsic value of books in offering a foundation for advancement.”

He added that three channels and studios of the SBA will dedicatedly broadcast the book fair’s 11-day activities and events in a comprehensive manner via 14 programmes. Apart from this, there will be live coverage and reporting on SIBF 2021 by the authority daily in addition to author interviews, games, competitions, and more.

Brig. General Dr Ahmed Saeed Al Naour, Director-General of Central Operations, Sharjah Police, noted: “We are working committedly to translate the national security strategy of our wise leadership. His Highness the Ruler of Sharjah is keen on reinforcing the emirate’s status as a hub for civilisational enlightenment by attracting the most brilliant intellectual minds here. As we recover from the global pandemic, Sharjah Police promises to protect and safeguard the book fair and its visitors from the beginning until the very end.”

For his part, HE Abdul Aziz Hamad Taryam, CEO Adviser and General Manager, Northern Emirates, Etisalat, said: “With the 40th edition of SIBF, Sharjah renews its commitment to extend and strengthen bridges of communication with other cultures of the world. This edition coincides with the 50th anniversary of the UAE’s formation and reinforces the nation’s aspirations to provide an environment that promotes our culture as well as leading cultural innovation. At Etisalat, we are honoured to offer our support to the book fair once again. Our continued support to this key event reflects our commitment to promoting reading and holistic cultural development in the UAE society.”

Khoula Al Mujaini, General Coordinator of SIBF, said: “The thought behind selecting this edition’s theme for SIBF 'There’s always a right book', was that the messages we sent out to the world with our recent global campaign ‘Into Books’, will find its way to realisation as every SIBF 2021 visitor finds a book to fuel their interests and passions.”

Strict health and safety protocols will be adhered to throughout the 11-day event.