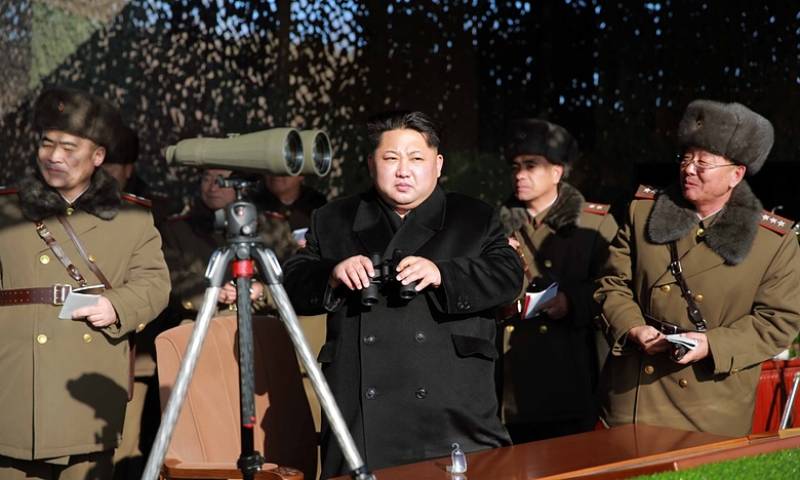 "The adoption of another illegal and evil 'resolution on sanctions' piloted by the U.S. served as an occasion for the DPRK to verify that the road it chose to go down was absolutely right," the North's foreign ministry said in a statement published by the official KCNA news agency.

"The DPRK will redouble the efforts to increase its strength to safeguard the country´s sovereignty and right to existence," the ministry said, using the abbreviation for North Korea´s formal name.

All the fifteen members including China, Russia, Japan and others voted against the Pyongyang and approved sanctions, including “a ban on the sale of natural gas liquids to the North-East Asian nation, and on its textile exports”.  It also prohibited member states from providing work authorizations to its nationals.

On September 2, Pyongyang claimed to have successfully tested a hydrogen bomb designed to be mounted on its newly developed intercontinental ballistic missile (ICBM), producing a greater yield than any of its previous nuclear tests.

“By the terms of resolution 2375 (2017), the Council condemned in the strongest terms Pyongyang’s nuclear test of 2 September, saying that action stood “in flagrant disregard” of its resolutions, and reaffirmed that the Democratic People’s Republic of Korea must immediately suspend all activities related to its ballistic missile and nuclear programmes in a complete, verifiable and irreversible manner,” read a press release.

“The Council further decided that all Member States would prohibit the direct or indirect supply, sale or transfer to the Democratic People’s Republic of Korea of all refined petroleum products beyond 500,000 barrels during an initial period of three months — beginning on 1 October 2017 and ending on 31 December 2017 — and exceeding 2 million barrels per year during a period of 12 months beginning on 1 January 2018 and annually thereafter.

“In addition, Member States would not supply, sell or transfer crude oil to the Democratic People’s Republic of Korea in excess of the amount supplied, sold or transferred by that State in the 12-month period prior to the adoption of today’s resolution.”

The UNSC also decided to extend a number of existing sanctions, including the freezing of one additional individual’s assets, and both a travel ban and assets freeze to be imposed on three additional entities, both annexed to the text.

This is the ninth resolution passed by the United Nations against the country since 2006 following its nuclear attempts.