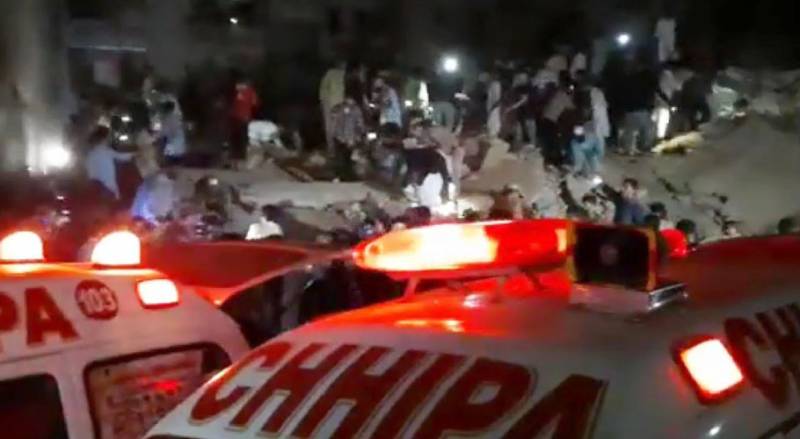 According to media details, at least five people got injured and at least one got dead after the building collapsed near a coal warehouse in Lyari area.

Several people are feared buried under the rubble.

The injured have been shifted to Civil Hospital.

On Thursday, a multi-storey residential building collapsed in Korangi’s Allah Wala Town and has left one dead and seven injured.