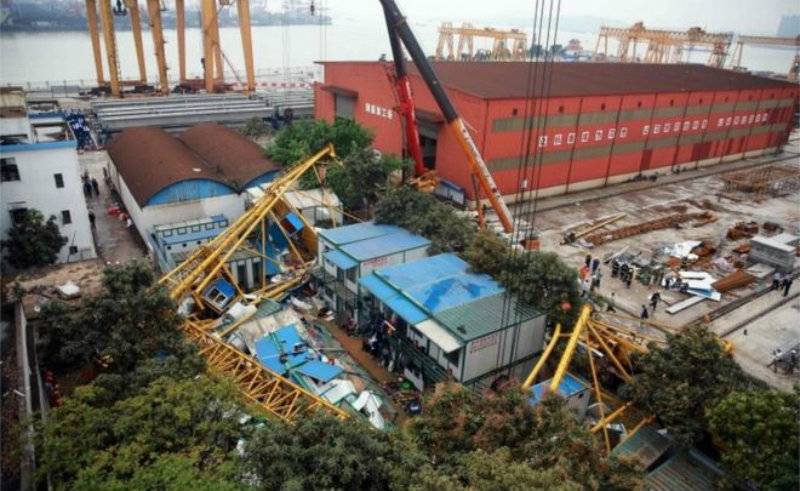 DONGGUAN (Web Desk) - At least 18 people have been killed by a crane which collapsed in high winds in China's Guangdong province.

An official in Dongguan City told the Xinhua state news agency that the crane had toppled onto a two storey building made of shipping containers.

Luo Bin said 139 construction workers had been inside the building at the time of the collapse, BBC reported.

Four of the injured were described as in serious but stable condition.

The fallen gantry is estimated to weigh 80 tonnes, according to a firefighter quoted by Xinhua. The city government has set up a team to investigate the accident.