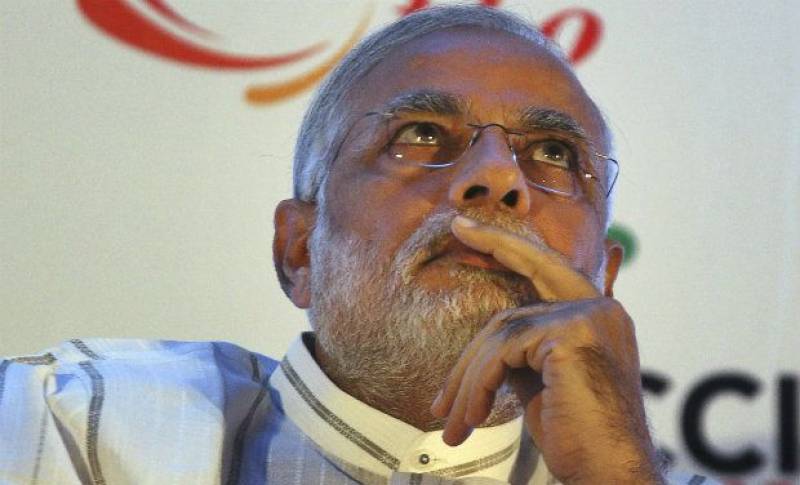 NEW DELHI - Indian premier Narendra Modi finally spoke up about two of the recent rape cases including the one of an 8-year-old Muslim girl in Kathua region of Kashmir, vowing that the suspects would not be spared.

"Incidents being discussed since past two days cannot be part of a civilised society. As a country, as a society, we all are ashamed of it. I want to assure the country that no culprit will be spared, complete justice will be done. Our daughters will definitely get justice," PM Modi said as he inaugurated a Memorial on Friday.

The Prime Minister - who was moved by activists to express his viewpoint over the assaults -  urged people to work together and rid society of the evil of rape and sexual violence against women. He highlighted that for such purpose, change needs to begin with the family by inculcating social values in the children.

"When a daughter comes home late, we're quick to ask them where they have been. But when a son returns late at night, we should ask them the same question," he said.

"We have to strengthen our family system, our social values and law and order," he added.

It bears mentioning that two of the recent rape cases in 'world's largest democracy' sparked widespread protest in the country with people taking to the streets and demanding strict action against the perpetrators.

One of the rape cases, of Asifa Bano, triggered communal tension in Indian Occupied Kashmir as the girl was raped and then murdered inside a temple, with lawyers demanding the release of the Hindu suspects.

According to police, two men and at least one other raped Bano repeatedly after giving him sleeping pills and during the investigations, the accused revealed that their motive had been to drive Asifa’s nomadic Bakarwal Gujjar community out of the area.

The case is over two months old, however, it has become a bone of contention between the community members living in a restive region. Asifa Bano's rape has garnered social media attention with celebrities demanding the arrest and stern action against the culprits.

LUCKNOW - One of the lawmakers of India's ruling Bharatiya Janata Party has been charged with raping a 16-year-old ...

Another case was reported in Unnao, where a senior BJP official Kuldeep Singh Sengar was charged with rape of a 16-year-old girl.

The victim had been trying to enlist the support of police since June last year but her hopes dashed on Sunday and she reached CM Yogi Adityanath’s residence to commit suicide.

The girl also alleged that her 55-year-old father was thrashed by the lawmaker’s brother Atul Singh and arrested by the police because he did not withdraw the case.