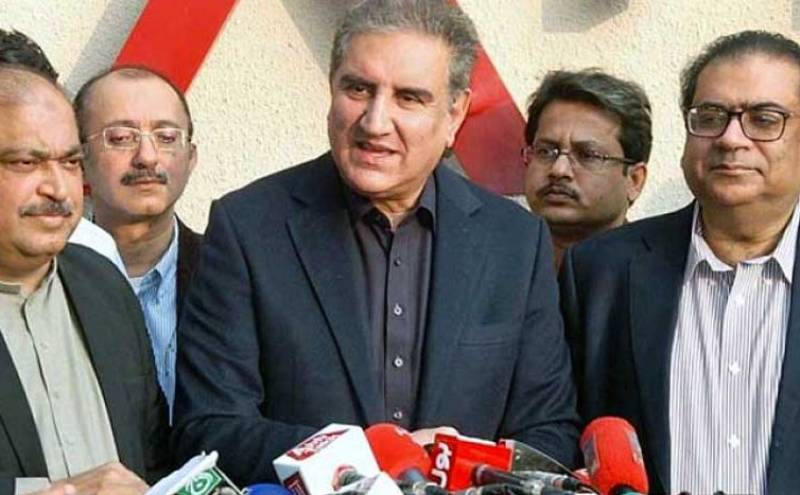 MULTAN - Foreign Minister Makhdoom Shah Mahmood Qureshi has said that the government is committed to root out the menace of terrorism from the country, the Radio Pakistan reported on Sunday.

Talking to people during a visit to constituency NA-157 Multan, the foreign minister said that the previous governments did not implement the National Action Plan (NAP) properly to eradicate terrorism.

However, the present government would implement NAP in letter and spirit and is in touch with the opposition in this regard.

Qureshi said that the incumbent government is heading to right direction as per its manifesto and it would successfully complete its constitutional term.

He said that the journey of change has begun in the country as the looters are being held accountable. The minister said that foreign economic diplomacy has also been initiated. He said foreign missions will pave the way for bringing foreign investment in the country.

Shah Mehmood Qureshi said that provision of Health cards, construction of shelter homes, low-cost houses, and PM Citizens' Portal for complaints and some other initiatives are proof of Imran Khan's pro-people vision.