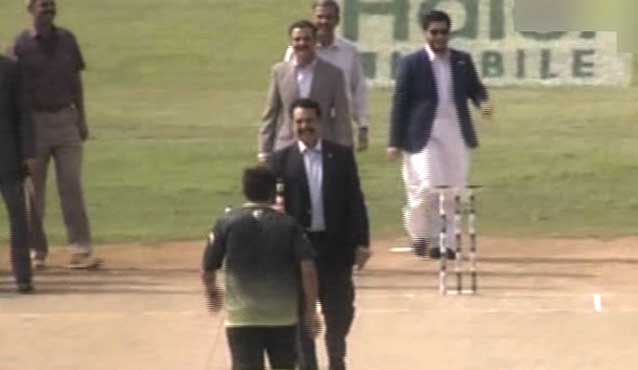 The army chief, who appeared as chief guest on the occasion, hit a four-runs shot off a ball by Pakistan T20 captain Shahid Afridi. Raheel Sharif passed a dashing smile to the crowd after hitting the four. 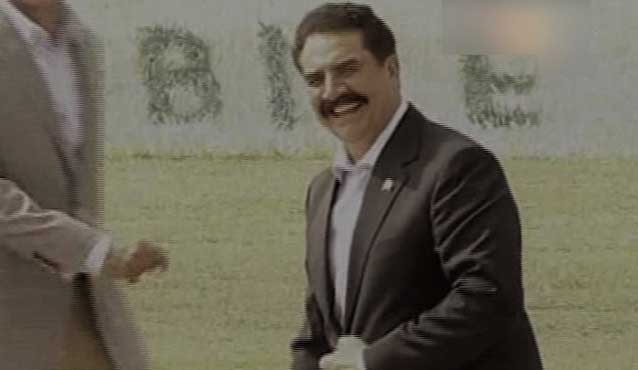 The match was played to pay tribute to the martyrs of ongoing military operation Zarb-e-Azb and the tribal people who left their homes to facilitate the armed forces. The income generated from the match will be used in developmental projects for IDPs.