Pakistan is BUSY celebrating 70th Independence Day out on the streets! 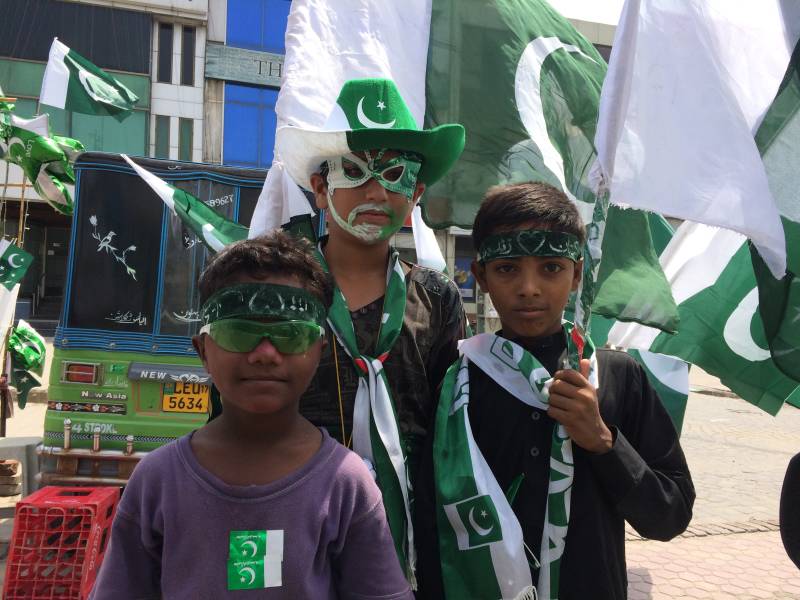 Pakistanis were seen at every nook & corner of the country-celebrating their Independence-regardless of age, caste, class or religion!

It was an over-whelming sight for us as we spotted some young boys selling green and white balloons, with their faces half-painted and screaming out the National Anthem at busy roads in the morning.

Boy, were they excited!

For those who want to educate themselves on 14th August:

YAUM E AZADI, the Independence Day as well call it, commemorates the day when Pakistan achieved independence and was declared a sovereign national, following the end of British Raj in 1947.

The movement was led by All-India Muslim League, under the leadership of Muhammad Ali Jinnah (Our Quaid, a one-man army; Blessings be upon him)

The main Independence Day Ceremony takes place in Islamabad, where the national flag is hoisted at the Presidential and Parliament buildings.

Usual Celebrations for the day include flag-raising ceremonies, parades, cultural events, and the playing of patriotic songs!