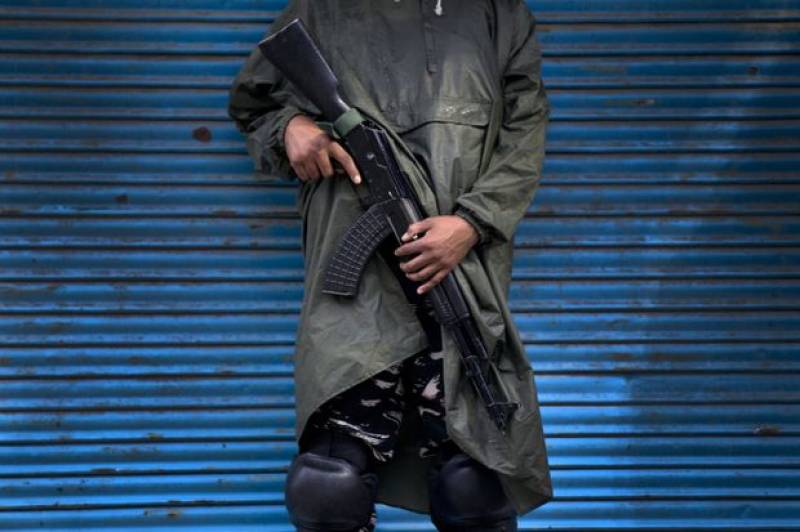 SRINAGAR – Occupational forces in India have further tightened the already strict clampdown in the occupied Kashmir (IoK) ahead of the country's independence day on Thursday (August 15), adding to the sufferings of oppressed people of the territory.

Kashmiris from the very beginning have been observing it as a black day. The occupied territory has been under lockdown since the night of August 4, when the Narendra Modi government announced scrapping of the special status of Jammu and Kashmir by abrogating the Article 370 of the Indian Constitution, Kashmir Media Service reported.

The communication blackout continued on the 10th successive day, Wednesday, as the internet and telephone links remained cut off, with strict restrictions on the media. The occupation authorities have converted the Kashmir valley, particularly Srinagar, into a military garrison and a big concentration camp by deploying Indian troops and police personnel in its every nook and cranny.

Almost all the Hurriyet leaders, including Syed Ali Gilani and Mirwaiz Umar Farooq, remained under house arrest or in jails, while over 900 political leaders and workers, including even pro-India politicians like Farooq Abdullah, Omar Abdullah, Mehbooba Mufti, Engineer Abdur Rasheed and Sajjad Lone, have been detained.

Indian police arrested Kashmiri politician Shah Faesal at Delhi Airport while he was going abroad. He was sent back to the occupied Kashmir and booked under draconian law, Public Safety Act.

Due to severe blockade, a famine-like situation is emerging as people are facing severe shortage of essential commodities including baby food and life-saving medicines, and the Occupied Kashmir represents a humanitarian crisis in all its manifestations. 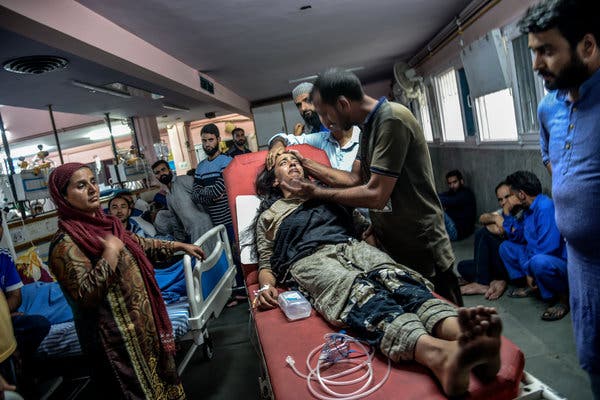 Indian Congress General Secretary Priyanka Gandhi Vadra, talking to reporters in Umbha area of Sonbhadra in Uttar Pradesh, said repealing of the special status of Jammu and Kashmir was done in an unconstitutional manner.

Officials of the University of Hyderabad and those of occupied Kashmir faced an embarrassing moment when students from occupied Kashmir spurned an invite for an Eid lunch. The students said that they could not accept any offer from the Indian authorities to indulge in festivities while their families were suffering.

A senior officer of Indian police, Munir Khan, addressing a press conference in Srinagar on Wednesday, confirmed that some people sustained pellet injuries during protests in Srinagar over the weekend.

ISLAMABAD - Foreign Minister Shah Mehmood Qureshi says he has written a letter to UN Security Council asking it to ...

A spine-chilling account of the situation in occupied Kashmir has gone viral, belying the Indian government's claims.

Devjyot Ghoshal, a correspondent for international news organization Reuters, in a series of tweets said that "the situation is NOT normal in Kashmir , the people are seething and Kashmir is likely a tinderbox waiting for a spark".

@BJP's decision to scrap #Article370 is a historical mistake which is against the principles of federalism and Constitution of our country.

Today, Centre has put restrictions on communication and turned Kashmir into a 'prison'. pic.twitter.com/aCOaKUP8Hu

The All India Majlis-e-Ittehad-ul-Muslimeen chief, Asaduddin Owaisi, in a tweet said the BJP government loves the land of Kashmir but not the people of Kashmir .