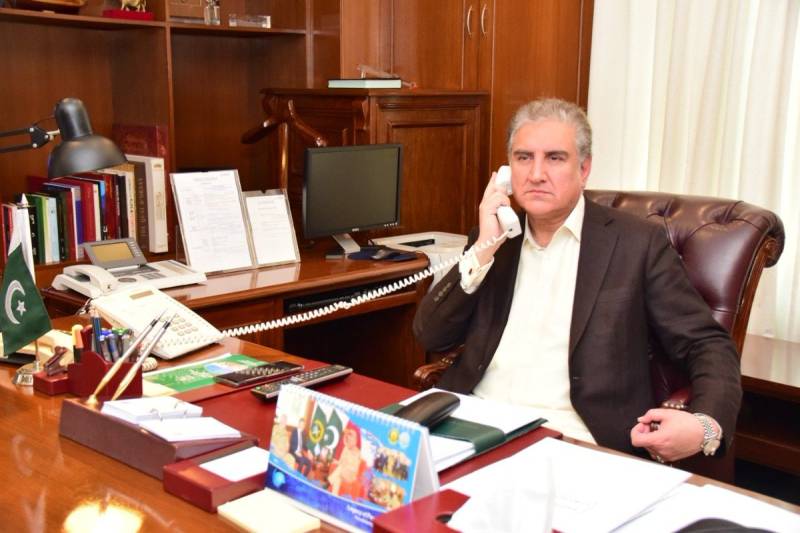 ISLAMABAD – Foreign Minister Makhdoom Shah Mahmood Qureshi held a telephonic conversation with his Russian counterpart Sergey Lavrov on Wednesday and briefed him on the current situation of the occupied Jammu and Kashmir , the Radio Pakistan reports.

According to the statement issued by the Foreign Office, Qureshi briefed him on the illegal and unilateral steps taken by the Indian government to change the disputed status of occupied Jammu and Kashmir and its demographic structure.

He said that these steps by Modi-led government in New Delhi are against the United Nations Security Council resolutions on Jammu and Kashmir and International Law.

SRINAGAR – Occupational forces in India have further tightened the already strict clampdown in the occupied Kashmir ...

The Foreign Minister highlighted the severe hardships faced by the people of the occupied Jammu and Kashmir in the face of unprecedented lockdown of the entire population.

He also apprised his Russian counterpart about the deteriorating situation of safety and security of the population in the occupied Jammu & Kashmir , which has been under curfew for the last ten days.

Qureshi also shared concerns about the intensified repression by Indian security forces and the possibility of false flag operation, which would further endanger peace and security in the region.

Russian Foreign Minister Lavrov underlined the importance of resolution of all outstanding issues through dialogue and peaceful means.

The two leaders agreed to continue to work together for peace and stability in the region.