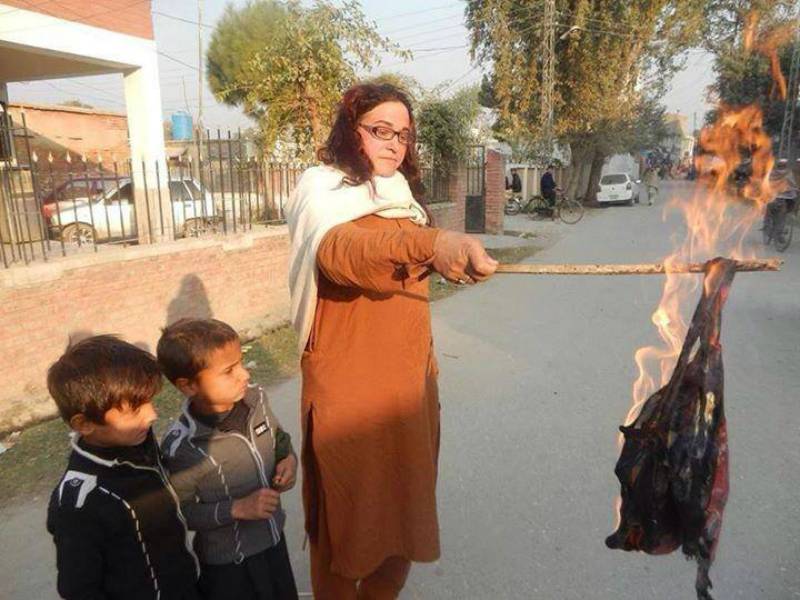 CHARSSADA (Staff Report) - While our neighbouring country is hiring India’s first transgender police officer, a transgender woman in Charssada is burning school bags of her children.

In a picture posted on its official Facebook page, Trans Action Khyber Pakhtunkhwa cited the incident as a protest over kicking out the children of a school because they are children of a transgender person.

It appears that the transgender woman had adopted these children and had been providing for them to get education.

Last month, a court in Chennai (Madras) ruled in favour of K Prithika Yashini, who was born male but underwent gender reassignment surgery, applied to become a police sub-inspector in the southern state.

This incident in Charsadda poses questions on the commitment of federal and provincial authorities who, every now and then, overstate their efforts to promote education in the country.