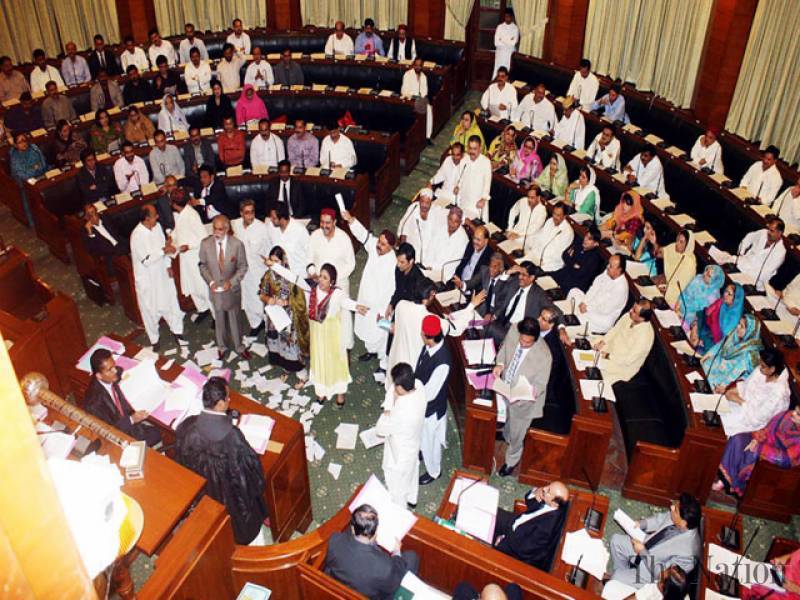 KARACHI (Staff Report) - The Sindh government Monday once again failed to table a resolution related to extension of special powers that were granted to Sindh Rangers since beginning of targeted operation in Karachi in 2013.

The legal shield to use the special powers had expired last week and still remain to be renewed bu Sindh government.

At least two resolutions demanding an extension in Rangers' powers were submitted in Sindh Assembly in the last week however none of them was presented in the house even on the third day of current session.

At which the opposition members started hurling anti-government slogan in the assembly and gathered around the Speakers' chair.

After multiple attempts to disperse the opposition's protest, the speaker Agha Siraj Durrani adjourned the Sindh Assembly session till 10:00am on Tuesday.