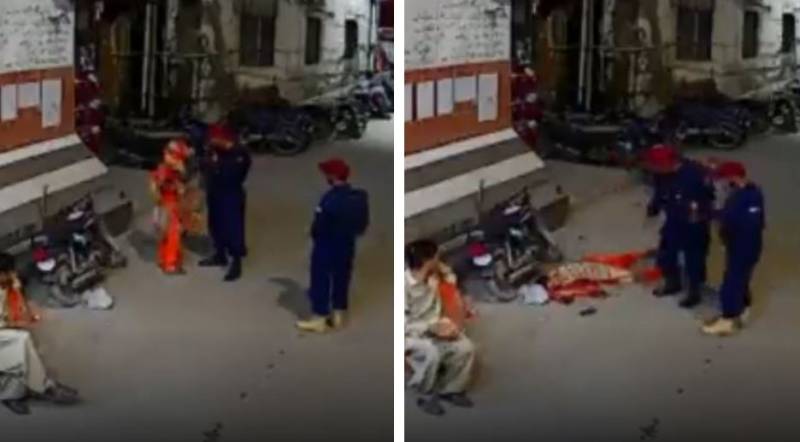 KARACHI – A security guard has brutally assaulted a woman in the Gulistan-e-Johar area of the port city, and the horrific clip of this incident has gone viral on social media.

Reports in local media said the security guard slapped and kicked the woman in the terrific assault that occurred at Noman Grand City in Gulistan-e-Jauhar Block 17.

The video of the incident was shot from an apartment, showing a heated argument between a woman and a security guard. The guard then started assaulting the woman making her fall to the ground.

The Security guard namely Daud detailed at Noman City was arrested and an FIR 745/2022 u sec 337 AI 354 504 PPC was registered at the complaint.#Karachi pic.twitter.com/b9B3tNuAvQ

He then continued kicking the woman’s face as she lays unconscious on the floor, while the other security guard intercepted to stop him but all in vain.

Shockingly, some other people were also spotted at the entrance of the residential area at the time of the incident.

The victim, who works as domestic help in different households, lodged a complaint with the Shahrae Faisal Police Station. She told local media that she was accompanied by her young son when the guard stopped the boy.

After a brief assault, the guard resorted to violence, she told the cops.

Following the women’s complaint, the security guard, identified as Dawood, was detained and further proceedings are underway.

LAHORE – A woman remained unharmed as two men tried to kidnap her in broad daylight in the posh area in the ...