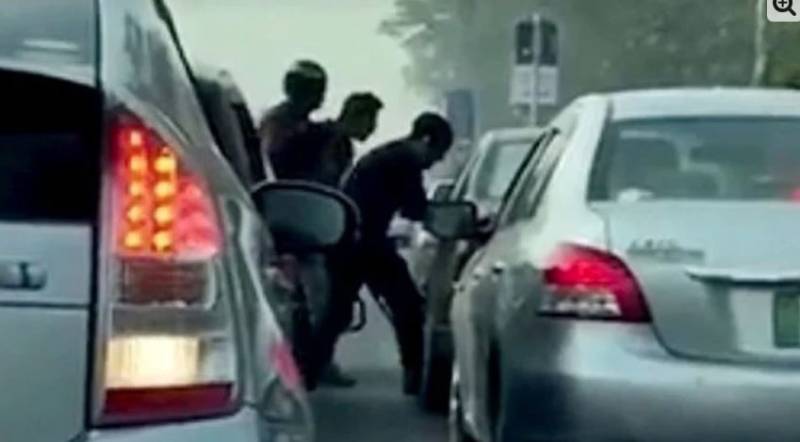 LAHORE – A woman remained unharmed as two men tried to kidnap her in broad daylight in the posh area in the provincial capital on Tuesday.

Surveillance cameras captured harrowing moment that occurred in Defense Phase 5 while it also sparked a conversation of safety in a upscale society where many people walk freely.

In the CCTV footage, the woman was being followed as she walked toward the parking area.

As the woman tried to enter her vehicle, a white saloon car, after leaving the office premises, the kidnappers pushed the woman and took over the driver's seat.

Luckily, the woman managed to escape the kidnapping bid but the culprits got away with the vehicle.

LAHORE – The Lahore High Court (LHC) heard on Sunday that a girl student, who was abducted in Lahore's Shahdbag ...