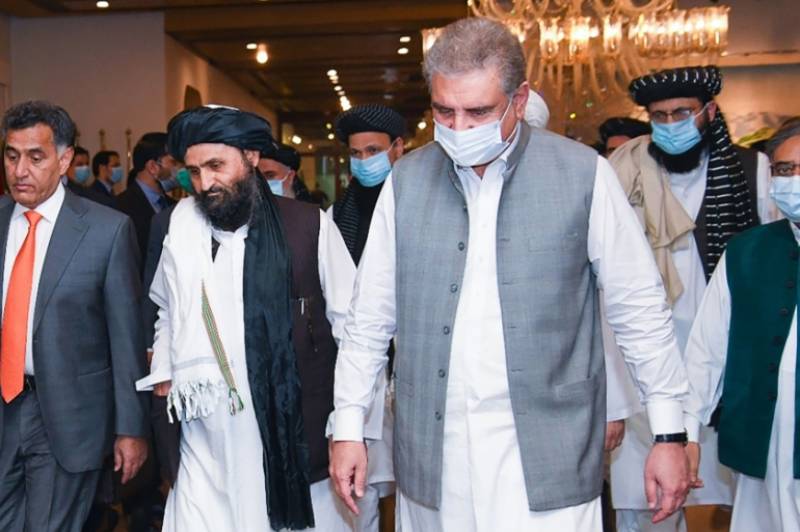 KABUL – The newly formed government of the Islamic Emirate of Afghanistan has trashed allegations that Pakistan had been interfering in the internal affairs, saying we acted with complete freedom in the country.

Taliban spokesperson Zabihullah Mujahid in a presser from Kabul said “The interference of Pakistan is a rumour that has been spread about for 20 years, and we don’t allow interference”. He also added that the group acted with ‘complete freedom’ and defeated those countries which had been occupying Afghanistan.

Mujahid also mentioned that there are some certain elements that are trying to create rifts between Afghanistan and Pakistan.

On Monday, the Taliban’s top spokesperson reiterated that Pakistan’s concerns on various issues were justified and the group would address those concerns. The development came after Interior Minister Shiekh Rashid said that the suicide bombers in the recent Gwadar and Quetta terrorist incidents had been identified as he also mentioned that they had come from Afghanistan.

On Tuesday, the Taliban announced their government weeks after they ousted the western-backed setup led by Ashraf Ghani.

Taliban spokesperson Zabihullah Mujahid announced the "interim" government and names of cabinet members. He said that Mohammad Hasan Akhund has been appointed as interim prime minister while Mullah Abdul Ghani Baradar will be deputy leader of the Taliban government.

The development comes days after the Taliban took control of Panjshir, the last holdout Afghan province.

KABUL – Nearly 20 years after being toppled by the US-led forces, the Taliban on Tuesday unveiled the acting ...

Meanwhile, acting Prime Minister Mohammad Hasan Akhund in a statement congratulated Afghans for the withdrawal of all foreign forces from the country.