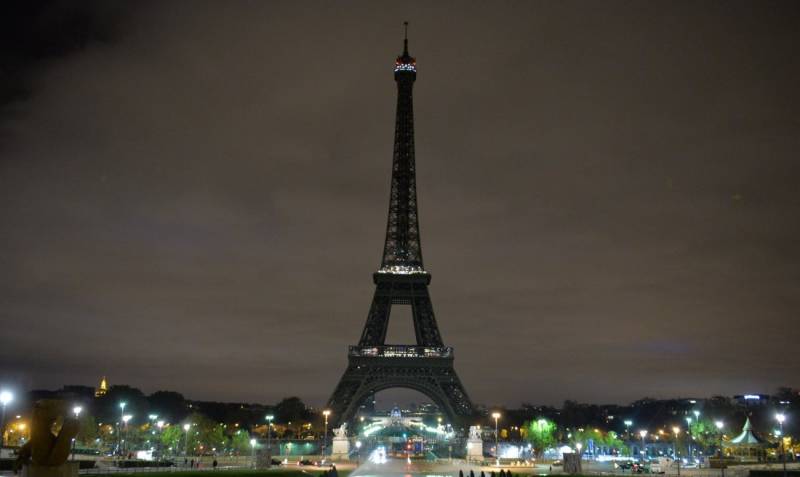 PARIS - The lights of the Eiffel Tower will be turned off Wednesday evening in solidarity with the people of Aleppo as the worst humanitarian crisis hits the city.

Paris Mayor Anne Hidalgo announced on Twitter that the Eiffel Tower, typically illuminated by thousands of sparkling lights every night, will go dark as of 8PM local time (1900 GMT), to honor the inhabitants of Aleppo, the besieged Syrian city that has been largely recaptured by pro-government forces in recent days.

"This symbolic measure at a building known worldwide will aim to once again alert the international community to the need for urgent action," Hidalgo's office said in a statement.

Reports of atrocities committed against civilians have come from the city, as many of its residents filmed their last goodbyes to the world via social media.

The light displays of the Eiffel Tower have been used before to stand in solidarity with others around the world. The Parisian landmark lit up in rainbow colors as a tribute to the victims of the shooting at a gay nightclub in Orlando in June, and in the colors of the Belgian flag following the Brussels attacks in March. It also went dark in honor of the victims of attacks in Paris in January and November last year.