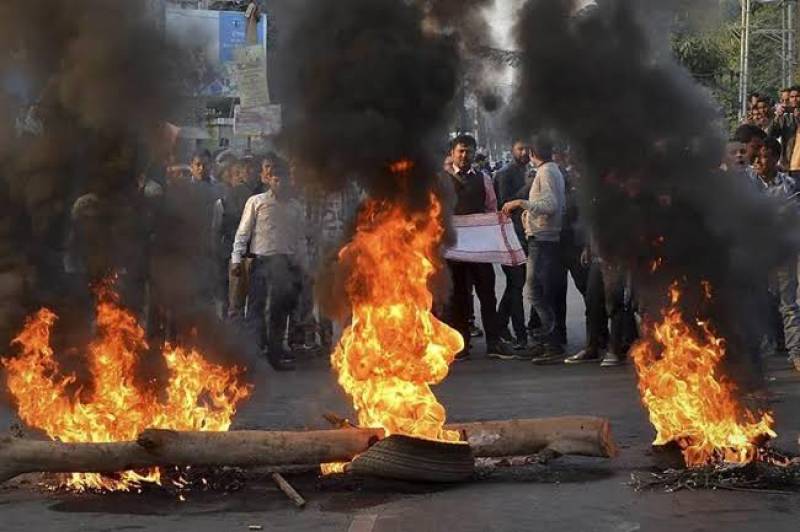 Protests against the new law also spread to West Bengal, Arunachal Pradesh and even New Delhi, prompting Home Minister Amit Shah to cancel his visits to Meghalaya and Arunachal Pradesh scheduled for Sunday and Monday.

In Uttar Pradesh, the government ordered a crackdown in Aligarh, the seat of the Aligarh Muslim University, after students and teachers joined protests. The government shut down the internet and mobile service there.

Strong protests were staged in New Dehli as students of the Jamia Millia Islamia University in Delhi took out a march to Parliament to register their protest and clashed with the police. The local administration failed to stop the students from gathering at the protest site in Dehli.

Violence escalated in Bengal with protestors targeting four railway stations and engaging in arson while a rail maintenance car was set ablaze. The protesters also stopped suburban train services from Kolkata, especially on the 24-Parganas route, with the tracks being blocked at several places. Around 17 minority groups took out rallies in Kolkata and set up blockades in the city, hours after Chief Minister Mamata Banerjee announced that the CAB would not be implemented in West Bengal.

The protests paralysed train services on the Howrah- Kharagpur section for hours. People in the minority-dominated districts of rural Howrah, Murshidabad, Birbhum, parts of Burdwan and North Bengal hit the streets, raising slogans against the Narendra Modi-led government at the Centre, the Indian media reported.

In addition to that, In Arunachal Pradesh, university students boycotted exams and hit the streets under the banner of the Students Union of NERIST (SUN) against Modi government for introducing anti-Muslim law in India.

Countrywide protest against the Modi-led government has created law and order situation which has created a major big setback for Modi government.