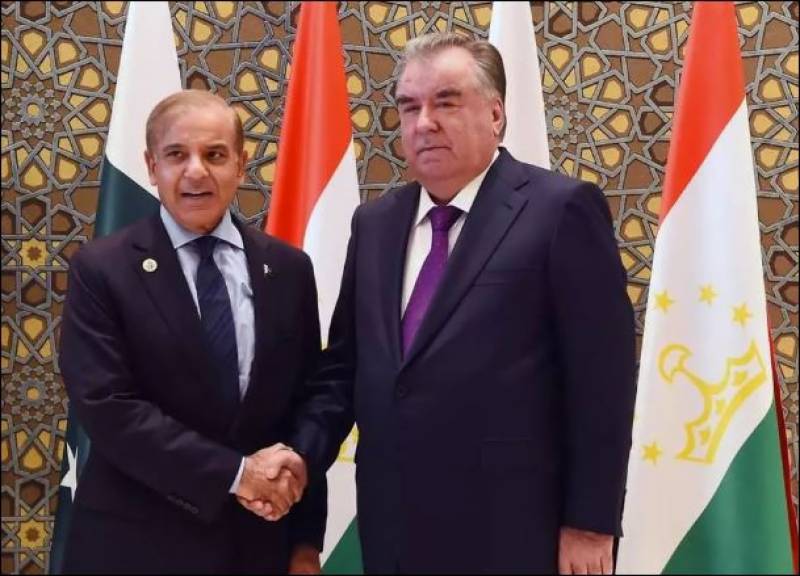 Upon his arrival at the airport in the country's federal capital, he was received by Minister for Commerce Naveed Qamar.

Foreign Office spokesperson said the two sides will exchange views on further strengthening bilateral cooperation in various areas. Islamabad and Dushanbe are set to ink a number of bilateral agreements and memorandum of agreements to boost ties.

During his visit, Rahmon will exchange views on further firming cooperation in a wide range of areas

The MoFA spokesperson said Rahmon's visit to Pakistan is expected to impart a renewed impetus to deepening cooperation between the two sides and to strengthen the growing geo-economic partnership.

Tajik premier will be meeting PM Shehbaz for the second time as the two leaders last interacted during Shanghai Cooperation Organisation (SCO) summit.

The Central Asian country is Islamabad’s closest neighbour in the region separated only by the narrow Wakhan Corridor and holds a place as a key partner.

Two nations are linked through longstanding historical, cultural, and religious bonds and the ties are marked by mutual respect and exceptional cordiality.