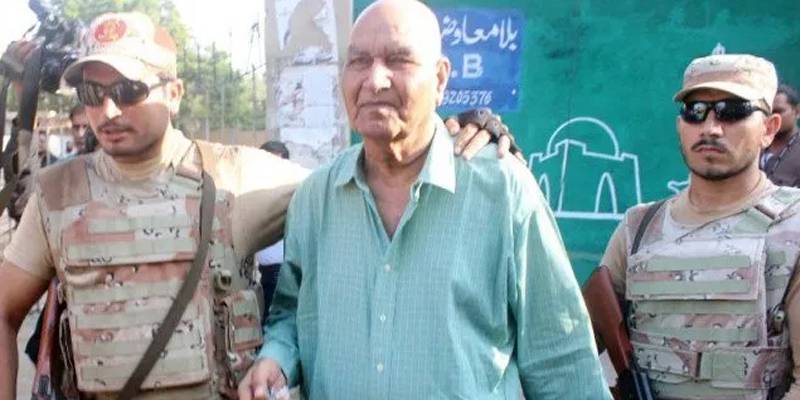 According to preliminary details, the body, under mysterious conditions, was recovered from a car near Ilyas Goth which was shifted to Jinnah Postgraduate Medical College for autopsy.

The JPMC head of emergency Seemi Jamali said that body did not bear any marks of torture or bullet wounds, however, the cause of death will be clear after the postmortem.

Muttahida Qaumi Movement London leaders Hasan Zafar Arif and Amjadullah were arrested in December 2016 again after being briefly released from the Central Jail.

The two MQM London leaders were earlier arrested from Karachi Press Club when they arrived there to address a press conference.

The leaders were detained under maintenance of public order by the Interior Ministry for 30 days, but their detention period was extended after the 30-day limit expired.

Rangers had detained the politicians and moved them to Central Prison. Amjadullah Khan was taken into custody after he hid inside the Karachi Press Club, while Rangers took Hasan Arif and another party worker Kunwar Khalid Younus into custody.