Polish mayor 'critical' after being stabbed in heart at fundraiser 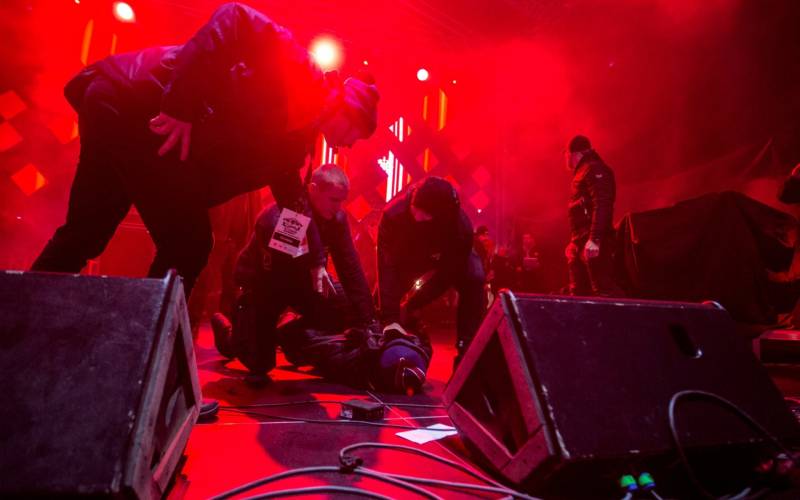 WARSAW - A knife-wielding assailant stabbed the mayor of the Polish port city of Gdansk in front of hundreds of people at a charity event, leaving the politician fighting for his life on Monday after five hours of surgery.

Video footage showed the attacker bursting onto the podium and launching himself at Pawel Adamowicz, 53, who had been waving sparklers with others on stage at the Sunday evening fundraiser.

After knifing the mayor several times, the man turned to the crowd with his arms raised triumphantly but was quickly tackled to the ground by security guards and arrested.

Paramedics resuscitated Adamowicz at the scene before rushing him to the hospital where doctors said early Monday he had survived an operation but was in a "very, very critical condition".

The mayor suffered a serious wound to the heart and cuts to the diaphragm and abdominal organs, said Tomasz Stefaniak, the surgeon who treated him at Gdansk's university hospital.

The coming hours will be decisive," he added. A local police spokesman said the detained man was a 27-year-old who lived in Gdansk, a Baltic coast city with a population of around half a million.

In a video recording of the attack posted on YouTube, the suspect was seen seizing the microphone and claiming he had been wrongly jailed by the previous centrist government of the Civic Platform (PO) and tortured.

"That's why Adamowicz dies," he said. One eyewitness told broadcaster TVN that the man appeared "happy with what he had done".