The Legend of Maula Jatt wins the court battle; Sarwar Bhatti comes up with absurd demands 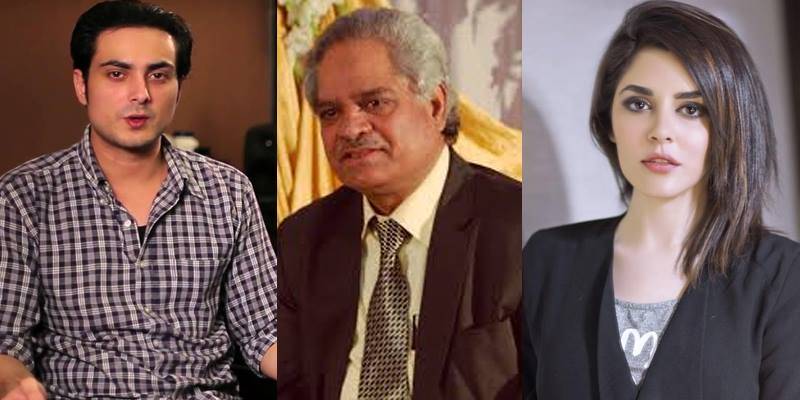 LAHORE - Bilal Lashari and Ammara Hikmat's The Legend of Maula Jatt is one of the most anticipated Pakistani films featuring multiple talented stars of Pakistan including Fawad Khan, Mahira Khan, Hamza Ali Abbasi and Humaima Malick in lead roles.

The trailer of the multi-starrer is already out and received a wonderful response by the audience from all over Pakistan but, prior to the release, an intense legal battle is taking place over copyright disputes between original Maula Jatt's producer Sarwar Bhatti and remake’s production team.

After many court hearing and orders, the judge had vacated the stay order against the makers of The Legend Of Maula Jatt when the producers presented the certificates of film’s copyrights to them.

An investigation earlier had been started by FIA against Bahoo Corporation for committing online defamation through cyberstalking and incitement. The court orders read that the makers of The Legend of Maula Jatt had all the necessary approvals from the concerned government departments which were required for their trailer’s release.

The much-awaited trailer of multi starrer The Legend of Maula Jatt is finally out. The trailer got a great response ...

However, despite the court order, multiple attempts of stopping the movie from being released are being put forward by the makers of Maula Jatt, Sarwar Bhatti CEO of Bahoo Corporation.

Recently, producer Ammara Hikmat shared how Sarwar Bhatti had put forward irrational demands in front of the producers of The Legend Of Maula Jatt. Here’s what Sarwar Bhatti's lawyer is demanding for: 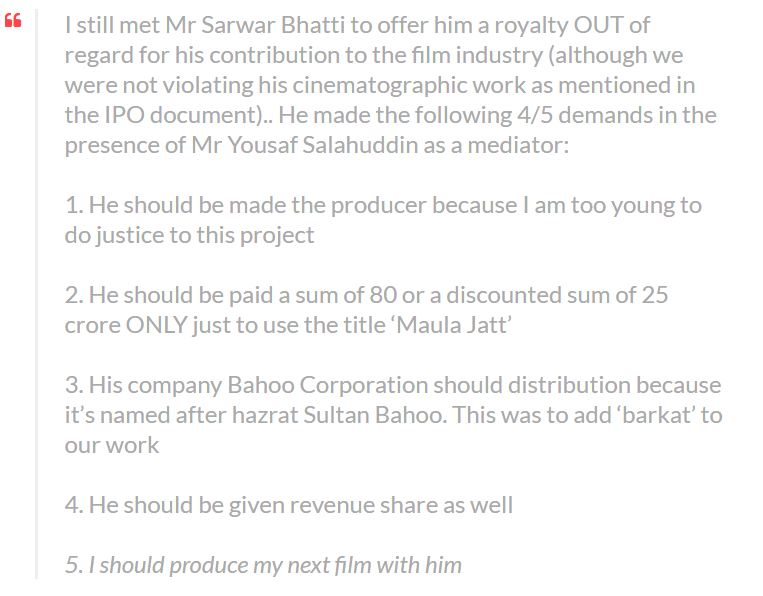 The Legend Of Maula Jatt has already created hype among the audience and it seems the film is going to be big on the box office and perhaps the makers of original Maula Jatt might want credits from the remake.

The Legend Of Maula Jatt will be releasing next year on Eid ul Fitr.