Our colonial mindset is very tragic, says Hamza Ali Abbasi on Sarfraz Ahmed being mocked for his improper English 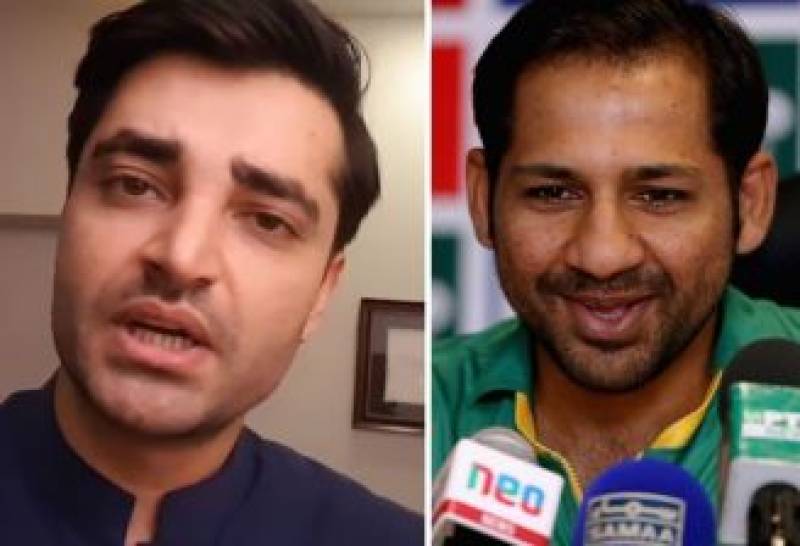 Captain Sarfraz Ahmed just recently became the sad target of jokes after his post-match conference. In response, actor Hamza Ali Abbasi took to social media to voice his opinion against the mockery that befell the captain because of his inability to speak in 'proper' English.

While Sarfraz made his way to the post-match conference, his candid statement in regard to the reporters present in the press meet has ever since been the talk of the town. The batsman had no idea that the camera was recording and he ended up saying, "Saray English Ke Hain…", expressing his concern about the questions being asked in English. He asked his question twice before the press conference started officially.

Like many other cases in Pakistani history as well as Pakistan's cricketing history, even Sarfraz was judged, criticized, mocked and made fun of on his weak spoken English.

"It is heart-breaking to see the reactions from some people, on how he was ridiculed for not speaking a language that is not his mother tongue,” he said. “We need to get rid of this colonial slave mentality and it is not necessary that every Pakistani should speak English."

Hamza Ali Abbasi further added that the cricket team is out there to excel at their game, not to learn how to speak fluent English and impress others. "So, if you want to criticize something, criticize them on their cricketing skills,” he said. “Chinese, Russians, Japanese do not speak English and they are some of the most defining players in the world. Therefore, the colonial mindset that we have and the inferiority complex that we suffer from is beyond me and indeed very tragic."

The actor also pointed out that if there's someone who can deliver this message to Sarfraz, they should tell him never to be embarrassed about not being able to speak a language that is not your mother tongue.

"The decent way to go about it is that you can always get a translator," he said.