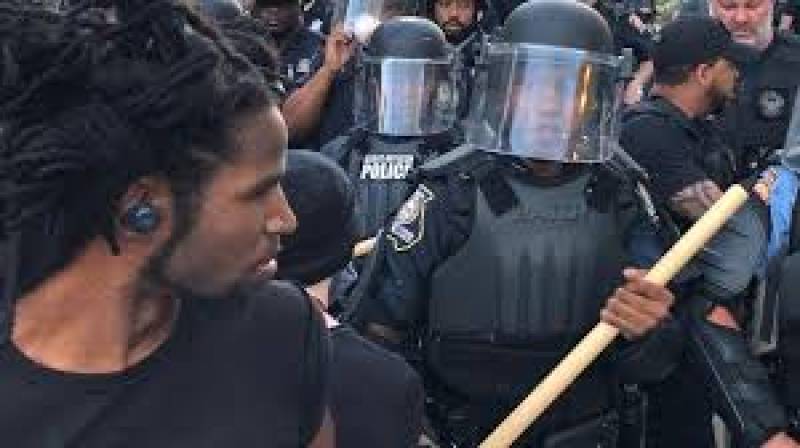 ATLANTA - Protesters in the Atlanta city of the southeastern US state of Georgia have set on fire the cafe where an African American man, Rayshard Brooks, was shot dead by a police officer during arrest.

According to media reports, the police reportedly used tear gas to disperse protesters, as they block the road where the Wendy's is located and burn cars.

Earlier in the day, Atlanta Police Chief Erika Shields stepped down, while Mayor Keisha Lance Bottoms called for the immediate termination of the two officers involved.

New outbreak of protests in the riot-torn US sparked after Rayshard Brooks, 27, died in hospital after being shot in his back by a police officer during arrest on Friday night.

According to Georgia Bureau of Investigation, he was found asleep in his car while in a drive thru line at a local Wendy's and, when two officers arrived in response to a complaint about him, initiated an altercation upon failing a sobriety test. On video footage from the scene, he can be seen grabbing what law enforcement believe was an officer's Taser and trying to flee. As one of the officers runs to chase him, the camera looses them from sight, but records the sound of three gunshots. Protesters took to the streets in Atlanta the next day, demanding that police be held liable.

The Atlanta events have added up to the weeks of riots that have been shaking the United States since May 25 after another black man, George Floyd, was killed during arrest by a white police officer in Minneapolis, Minnesota.