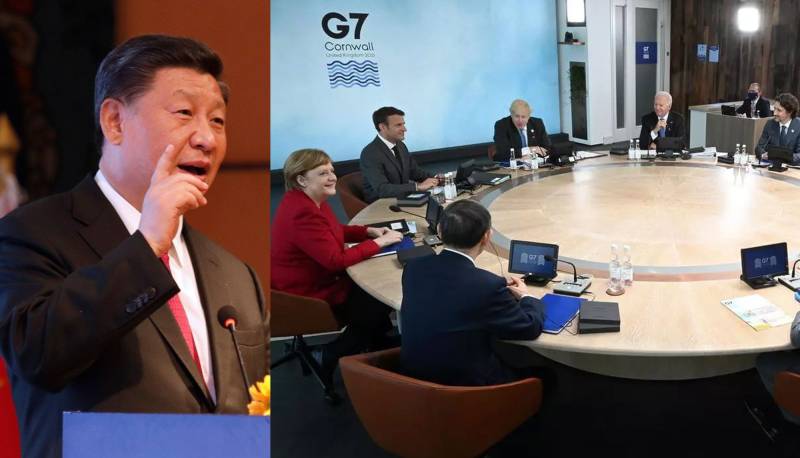 BEIJING — China on Monday rubbished the G7 criticism and said gone are the days when ‘small’ groups of countries used to decide the fate of the world.

A statement issued by the Chinese embassy in London stated, "China always believed that countries, big or small, strong or weak, poor or rich, are equal, and that world affairs should be handled through consultation by all countries. The G7 should do more that is conducive to promoting international cooperation instead of artificially creating confrontation and friction."

The statement accused G7 of spreading lies, rumours and baseless accusations. It clarified that China is a peace-loving country, which advocates cooperation, but it also has its bottom lines. Its internal affairs must not be interfered in and its reputation must not be slandered. China's interests must not be violated, it warned.

It reiterated, "China will resolutely defend its national sovereignty, security and development interests, and resolutely fight back against all kinds of injustices and infringements."

G7 leaders on Sunday questioned Chinese authorities over human rights violations in the Xinjiang region and called for Hong Kong to keep a high degree of autonomy. They also discussed response to the growing assertiveness after China’s surging economic and military rise over the past four decades.

The rise of China has unnerved the United States, which terms China the main strategic competitor and vows to confront its economic abuses and push back against human rights violations.

G7 also called for a transparent investigation into the COVID-19 pandemic in China. The US president said while speaking to the press, "We don’t have access to the laboratories. It was not yet certain whether or not a bat interfacing with animals and the environment caused this COVID-19, or whether it was an experiment gone awry in a laboratory."

LONDON — G7 finance ministers, including the United States and Britain, reached a deal on Saturday to pursue ...

Human rights groups alleged China is rounding up an estimated one million Uyghurs Muslims and other minorities into internment camps.

Soon after the exchange of words between the world leaders, authorities in Taiwan welcomed the G7 statement, saying the Chinese-claimed island would be a force for good and that they will continue to seek even greater international support.