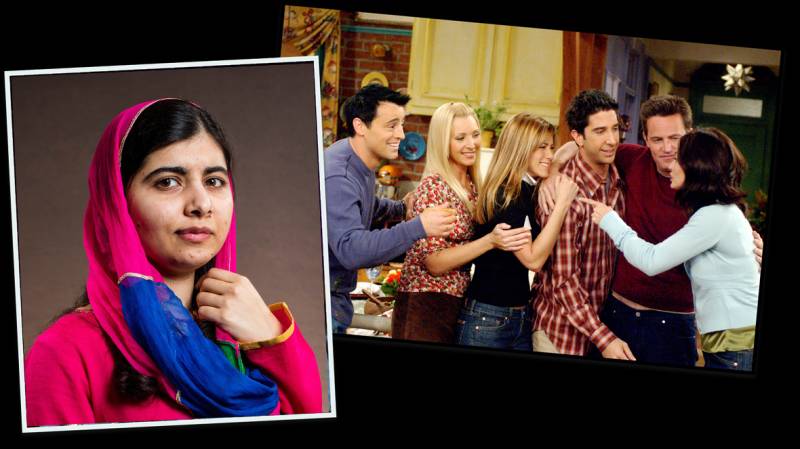 LONDON – Pakistan’s social activist and Nobel laureate Malala Yousafzai will be among the 15 celebrity guests that will be making an appearance at the long-awaited Friends reunion.

After numerous delays, the long-awaited Friends reunion, a reunion special of the American sitcom series Friends, is unveiled on Thursday.

Featuring all six of the original cast, Jennifer Aniston, Lisa Kudrow, Courteney Cox, David Schwimmer, Matt LeBlanc, and Matthew Perry, was originally supposed to have been filmed more than a year ago but was repeatedly delayed by the ongoing Covid pandemic.

A number of presumed famous fans are making appearances including Malala Yousafzai, Lady Gaga, Mindy Kaling, Justin Bieber, BTS, and others. It’s however unclear for Pakistani activist Malala that if she’ll be joining virtually or in-person to share her thoughts.

Soon after the announcement of the release, it became the top trending item worldwide on Twitter.