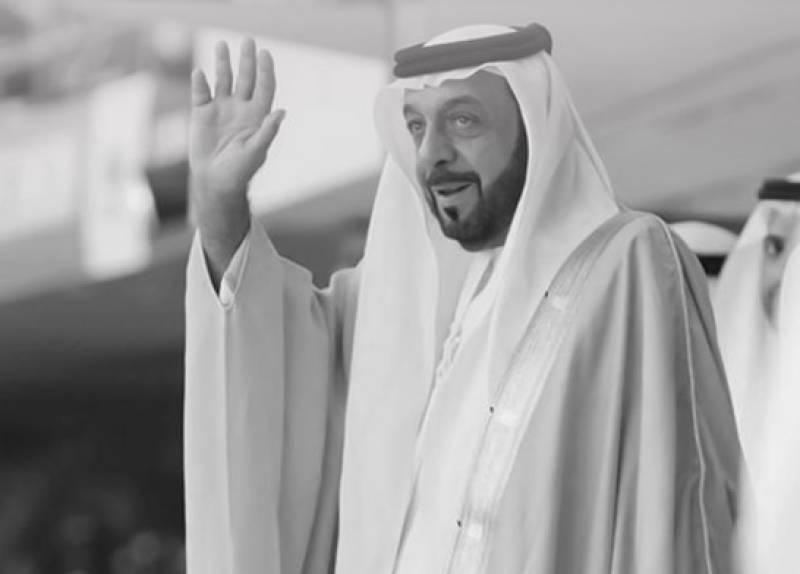 Sheikh Khalifa, the second President of the UAE and the 16th Ruler of the Emirate of Abu Dhabi, was the eldest son of Sheikh Zayed, who is called the revered founding father of the UAE.

Born in 1948, he died on Friday at the age of 73. The UAE government has announced a three-day public holiday and 40 days of mourning.

“On the sad demise of His Highness Sheikh Khalifa Bin Zayed Al Nahyan, President of the United Arab Emirates (UAE), the Government of Pakistan has decided to observe three days national mourning from 13th to 15th May, 2022,” the Cabinet Division said in a notification.

“The National Flag of Pakistan shall fly at half-mast throughout the country from 13th to 15th May 2022,” it added.

Prime Minister Shehbaz Sharif and other political leaders and military leadership expressed condolence over the demise of the UAE president.

In a tweet, the PM said UAE has lost a visionary leader and Pakistan a great friend. He said we send our heartfelt condolences and sympathies to the government and the people of the United Arab Emirates. May Allah rest his soul in peace!

Foreign Minister Bilawal Bhutto said the role of Sheikh Khalifa bin Zayed Al-Nahyan in the development of the United Arab Emirates is commendable and unforgettable.