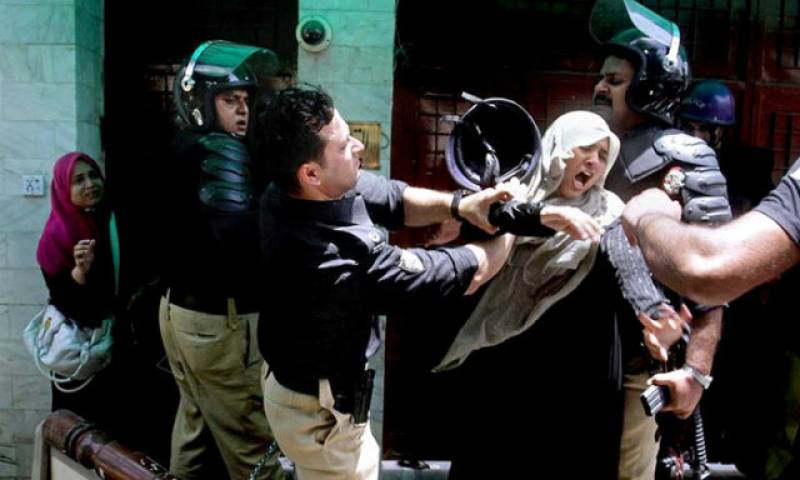 LAHORE - The Punjab government has submitted the judicial commission’s report of the Model Town incident in the Lahore High Court.

Justice Abid Aziz Sheikh led a three-member bench to hear the appeal of the victims of Model Town incident on Tuesday.

Earlier, the bench had expressed its annoyance over the government’s failure to present the report despite orders.

During Tuesday’s hearing, the court took notice of the government counsel’s absence and immediately summoned the home secretary, ordering him to present the report. Afterwards, a copy of the report was submitted in the chambers of the presiding judge.

The counsel for the Model Town incident’s victims maintains the report is a public document and should be declassified. He said the government is bound to provide access to such information under the Right to Information Act.

He maintained that the government was itself accused in the Model Town incident, which is why it is reluctant to make the report public.

On the other hand, the state prosecutor said the matter was sub-judice and releasing the report at this moment would affect and jeopardise the trial. Therefore, the verdict of a single bench to release the report should be declared null and void, he maintained.

The court, however, instructed the victims’ counsel to continue his deliberations and adjourned further proceedings till Nov 16. An overview of the report will be held in the judge’s chambers.

A three-member bench of the Lahore High Court (LHC) on November 10 had adjourned the Intra-Court Appeal (ICA) filed by the Punjab government against LHC single bench orders for making the Model Town enquiry report public till November 14.

During the hearing, Punjab government’s lawyer Khawaja Harris submitted that he had brought the Model Town enquiry report for in-camera perusal of the bench.

However, the bench observed that it could not review the report on Thursday due to a shortage of time and directed to present the report on Nov 14.