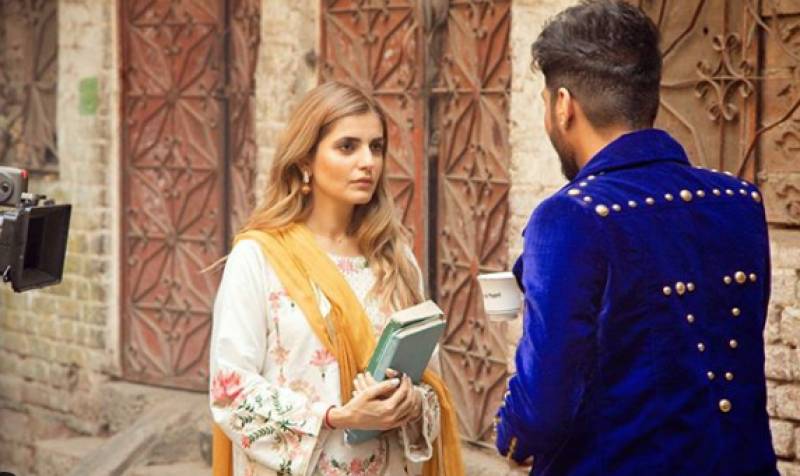 When it comes to love, Momina Mustehsan and Bilal Saeed's 'Baari' is the first song that comes to our mind. Besides their soulful vocals, the chemistry created by the two is magical and undoubtedly breathtaking.

The romantic track, released in 2019, became an instant hit and both singers were overwhelmed by the response they received.

Now, a year later, the dynamic duo have announced that a second part of the popular love song is coming soon!

Sharing a picture from the song on Instagram,  Mustehsan wrote, "Baari was about a girl with a broken heart letting her guards down and giving love another chance. A year later, we visit them again and find out where the relationship took them. Stay tuned for Baari 2."

Baari has over 88 million views on YouTube. The song features popular YouTuber Rahim Pardesi in a cameo at the start, playing Bilal’s friend who constantly teases him for not spending enough time with him and instead of waiting to catch a glimpse of the lovely Momina. That’s when we see Momina walking in with her friends and the song starts off.

Momina shines throughout the video as she embodies the shy, young girl who’s falling in love. Bilal on the other hand is on point as a guy visiting old Lahore from abroad and being enchanted with the charm and beauty there.

That's not it with the song's popularity. Praising the song in the caption, Bollywood actor Kriti Sanon's sister Nupur Sanon recently posted a cover of 'Baari' on Instagram.

"Got a lot of requests for a singing snippet. So here I go with my absolute favourite. Also ‘cause I’m such a lyrics person and Baari is a total lyrical beauty, " she wrote.

Can't wait to see what Momina and Bilal have in store for us! Stay tuned for more updates.