Shoaib wants Salman to play the lead in his biopic - if ever made! 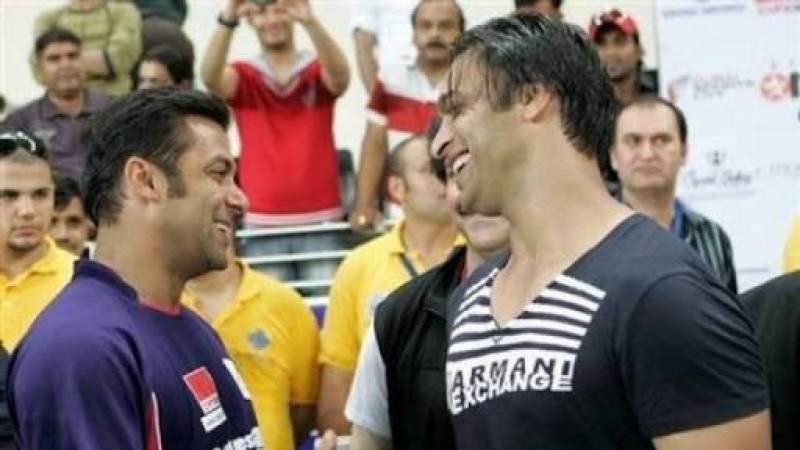 Former Pakistani cricketer Shoaib Akhtar, recently revealed that if a biopic was ever to be made about him, he’d want Salman Khan to play his role.

Shoaib Akhtar "If ever my biopic is made, I want Salman Khan to play the lead in it"

Akhtar has long been an admirer of Khan,  considering the number of times he has praised the Bollywood star.

I really enjoyed my time with Salman Khan in Dubai ...great work is been done by being human foundation ... pic.twitter.com/zxK2KarOGY

In 2016, he met Khan in Dubai and tweeted a picture saying, “I really enjoyed my time with Salman Khan in Dubai. Great work is being done by his Being Human foundation.”

In 2018,  Salman Khan was convicted in the blackbuck poaching case and sentenced to a five-year jail term, in addition to a fine of Rs 10,000.

Akhtar was really upset as he said, “Really sad to see my friend Salman Khan sentenced for five years but the law must take its course and we’ve got to respect the decision of the honourable court of India.”

This isn’t the first time, Shoaib Akhtar has expressed his wish for Salman Khan to play him in a biopic. Back in 2016, he spoke about the same thing during an interview.

He said it is “Up to his fans and filmmakers to decide whether a film based on his life should be made or not. But I would want Salman Khan to play his role in the biopic.”