This German daredevil is the pioneer of HANDSKATING! 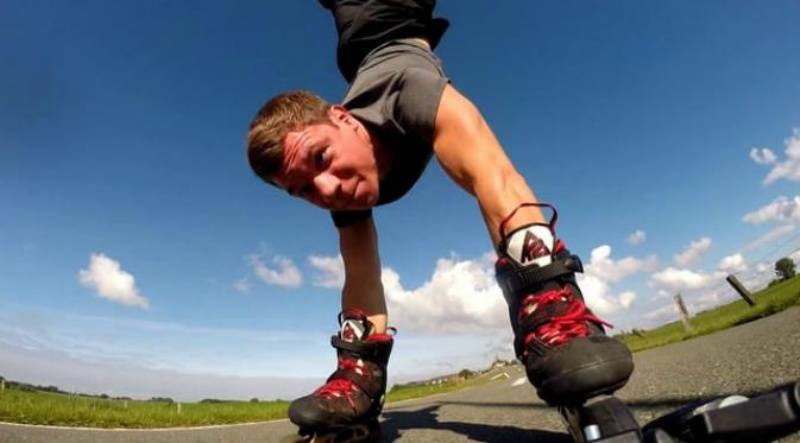 BERLIN (Web Desk) - As if rollerblading wasn’t difficult enough, this guy from Germany actually skates on his hands!

Mirko Hanßen claims to have invented the sport of ‘handskating’ himself, and he’s currently the best (and only) hand skater in the world, the Oddity Central reports. 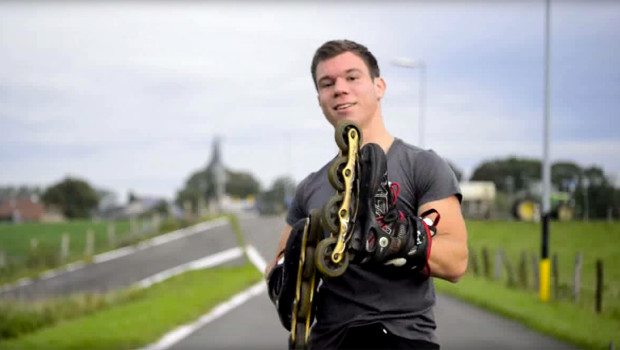 Mirko has always loved skating and handstands, and one day at dinner, he thought of combining the two, on a whim. He made his first attempt in his bedroom that night, putting his hands in his rollerblades and attempting a headstand. He hardly managed to prop himself up before he came crashing down on the floor.

But Hanßen would not give up. With more practice, he was able to stand on his hands and even glide forward. 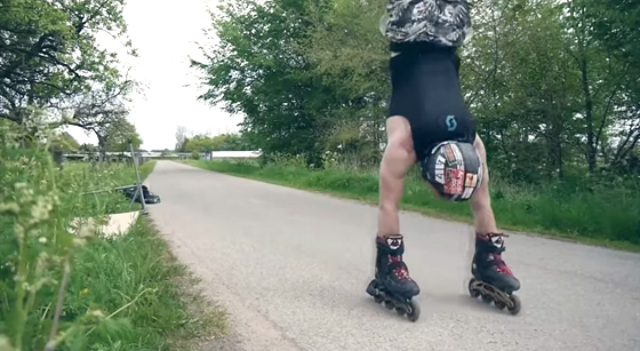 He soon took his sport outdoors to the streets, practicing on bike lanes but when motorists proved too distracting, he moved to more obscure locations, like back alleys, which also ensured no one could copy his unique sport.

“I’ve always made sure that nobody is filming me with their smartphone,” he said. Eventually, he got pretty good at handskating and started posting videos of himself online.

He’s able to do backflips, skate on ramps, and even skate on just one hand. 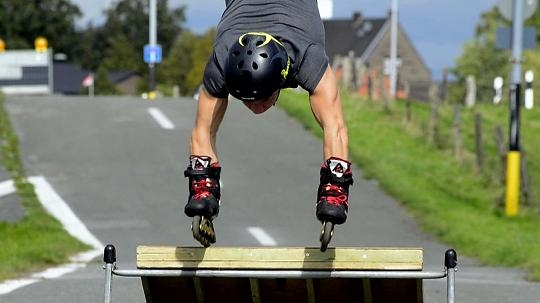 As you can imagine, handskating requires impeccable physical fitness, and Mirko admits he works out three to four hours a day to keep in shape, but mainly using his own body weight, instead of hitting the gym.

He’s also constantly working on new tricks and techniques and is now working on combining handskating with other sports, of which he has so far mentioned football and skydiving.

Now, Hanßen ’s videos are gaining a lot of attention and he’s even appeared on TV shows in his native Germany.

The 20-year-old has decided to drop out from school and try making a living out of the bizarre sport. If it does not work, he plans to go back to studying again.