Tussle comes to an end; Afridi, Miandad to meet on Saturday 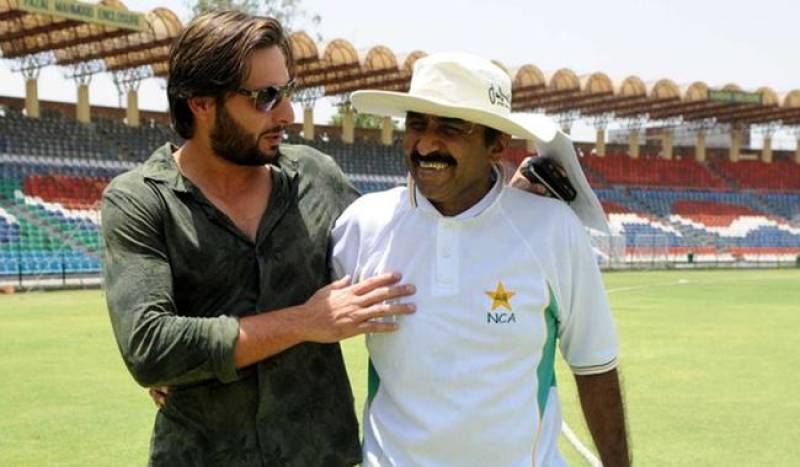 KARACHI - Pakistan's master batsman Javed Miandad and former T20 skipper Shahid Khan Afridi have agreed to finish war of words against each other.

According to Geo News, Both the legends are likely to meet on Saturday afternoon apparently to settle down the issue. Earlier, Miandad had accused Afridi of match fixing after the latter's controversial remarks against him at a press conference.

Master blaster had already agreed to forgive Afridi, but the flamboyant all-rounder said he would go to court against the former cricketer if the matching fixing allegations are not withdrawn.