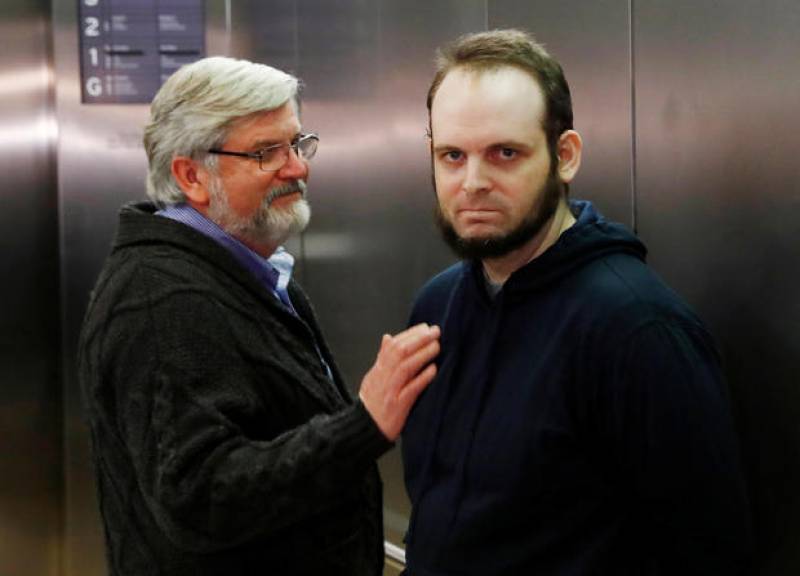 TORONTO - Rescued Canadian hostage Joshua Boyle revealed his version of whether the Haqqani network, an offshoot of Taliban enjoys any support by the Pakistan Army or not.

In a brief video uploaded on Saturday, Boyle described the risky rescue operation carried out by Pak Army contingents that led to the recovery of his family comprising an American wife and three kids.

The 34-year-old wanderlust expressed that when the gun battle ended, a Pak Army soldiers came near him and stated that in the US media, it is alleged that Pak Army enlists support to Haqqani network operatives while drawing a juxtaposition that they had killed the Haqqani's, as seen by Boyle.

'So I can say to you, I did see the truth and the truth was that the car was riddled with bullets' he said.

The freed hostage continued that the ISI personnel and the Army troops got tucked themselves between the criminals and the car to ensure the safety of his family.

Boyle maintained that the law enforcers forced the criminals to flee, substantiating that the Pak-Army was after the militants fully.

'This is proof enough to me that the Pakistanis are doing everything to their utmost[sic]' Boycle concluded, defying the perception that the Haqqani network enjoyed the support of Pakistan Army.

Earlier, on Friday night at Toronto’s Pearson International Airport the ex-hostage claimed that his wife Coleman gave birth to four children, including the daughter which was killed by the kidnappers.

TORONTO - An abducted US-Canadian family reached their homeland, Canada, after being freed by Pakistani forces earlier ...

He alleged that his American wife was also subjected to rape by the Taliban-linked militants.

Boyle also revealed that one of their children was in poor health and had to be force-fed by the Pakistani military after their liberation in an operation that was carried out on the back of a tipoff by US intelligence.

“In the last three days I have actually only seen one US soldier and we had to speak very briefly and very cordially about the medical attention that the Pakistani medical team was providing to the injured child,” he said.

Revealing as to what they were doing when they came under the radar of Taliban, he expressed that they had been kidnapped while trying to deliver aid to villagers in a part of a Taliban-controlled region that “no NGO, no aid worker and no government” had been able to reach.

"God has given me and my family unparalleled resilience and determination, and to allow that to stagnate, to pursue personal pleasure or comfort while there is still deliberate and organised injustice in the world would be a betrayal of all I believe, and tantamount to sacrilege," he wrote.

He nodded to one of the State Department officials and said, "Their interests are not my interests."