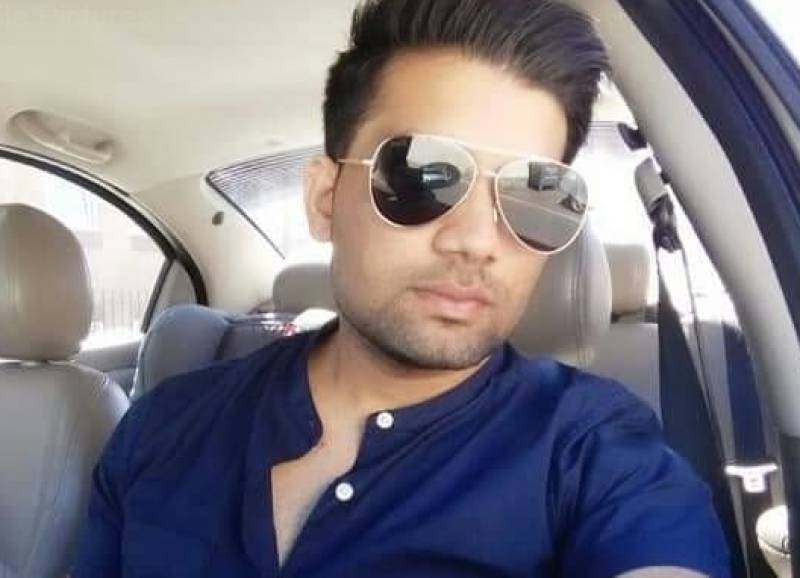 LONDON - A kind-hearted Pakistani man has won hearts of millions with his act of kindness and standing up for justice for a homeless man – and getting an apology from the global coffee firm Starbucks.

Sajid Kahloon, 30, had no idea that he would be thrown under media spotlight when he bought food and a chocolate cake for £8.45 for a homeless man outside the Starbucks in Southend. Sajid Kahloon grew up in Gojra, a town near Faisalabad, and came to the UK in 2013 where he set up his business of restaurants and owns six joints in the seaside area of Southend.

Sajid Kahloon was having his meal on Southend High Street’s Starbucks when a homeless English man walked in looking for leftover food and asked if someone will buy a meal for him. While everyone else around ignored him, the generous Pakistani businessman reached out to him and offered to buy him a meal of his choice. Kahloon paid £8.50 for the poor man for food and cheesecake.

The homeless man sat down to eat his food at the outside seated area of the café but within seconds a member of the staff approached him, alongside a security guard, and asked him to vacate the venue because he smelled and wore tattered clothes.

Seeing the situation, Sajid Kahloon confronted the staff and told them they had no right to remove him since he was the customer and was eating food for which the payment had been made to dine in. As the exchange got heated, Sajid Kahloon decided to film the drama on his smartphone.

In the viral video, Sajid Kahloon Sajid repeatedly asked: “The food has been bought, it has been paid for if food is being paid for and he is eating, what is the problem?” Adding: “Is he not human? Let him finish the food then he can leave.”

Thousands of people have viewed the video being uploaded by Sajid. After three hours two local newspapers had published the footage. The same footage then made its way to the mainstream papers such as The Independent, Daily Mail and many more.

A Starbucks spokesperson said: “The interaction on video is not indicative of the environment we strive to create. We are looking into the circumstances surrounding this customer’s experience and will take appropriate action to ensure our stores remain welcoming places for everyone.

“We want every customer to have a positive experience, and we apologise that we did not meet that expectation in this instance.”

Sajid Kahloon, who is the owner of Run Rooster, has been interviewed by dozens of publications and won praise from around the world for his kindness – something not common these days in the materialistic world. In total, over 70 million people have seen the video clip and news across the platforms.

For Sajid Kahloon, the long-term objective is to help rehabilitate the homeless man who featured in the video. “I am in touch with him and I want to help him to get back control of his life. I want him to get a job and live a normal life. I am working on a plan for him.”