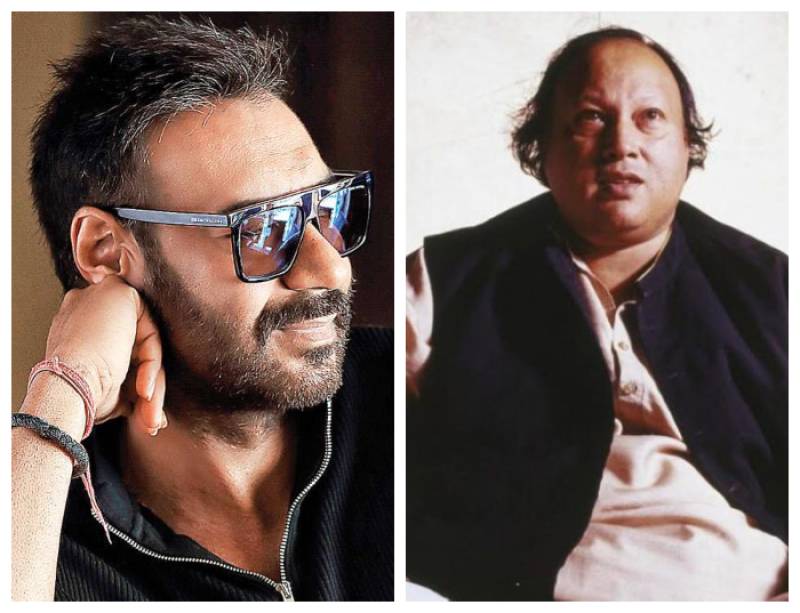 Admirers and stars paid glowing tributes for his lifetime contribution to the entertainment industry. Comedian Yasir Hussain posted a throwback video of Bollywood actor Ajay Devgn as he was seen recounting a story NFAK'S dedication

In the aforementioned video, the Singham star narrated the story of the time the qawwal recorded his final album for Devgn’s film Kachche Dhaage.

“Sahab’s last album was Kachche Dhaage, which was my film, I remember, Nusrat Sahab had travelled from Pakistan and was staying at a hotel. He was there for a month to make music. At the time, he weighed a lot."

"So, he would ask [lyricist] Anand Bakshi Sahab to come to him since he couldn’t travel by car. Bakshi Sahab felt he was doing this because he had a very big ego. He would ask, ‘Why isn’t he coming here?’”

"When Bakshi Sahab saw this, he cried with tears. He apologised, saying that he was the one who had the ego issue. He went back to the hotel with him and wrote the entire album there.”, he concluded.

The popular qawwal was an icon and he sang in Punjabi, Urdu, Persian, Hindi and other languages during his lifetime and also performed in more than 40 countries.

Bollywood superstar Ajay Devgn turns a year older today and celebrated his birthday with zeal and zest with his close ...