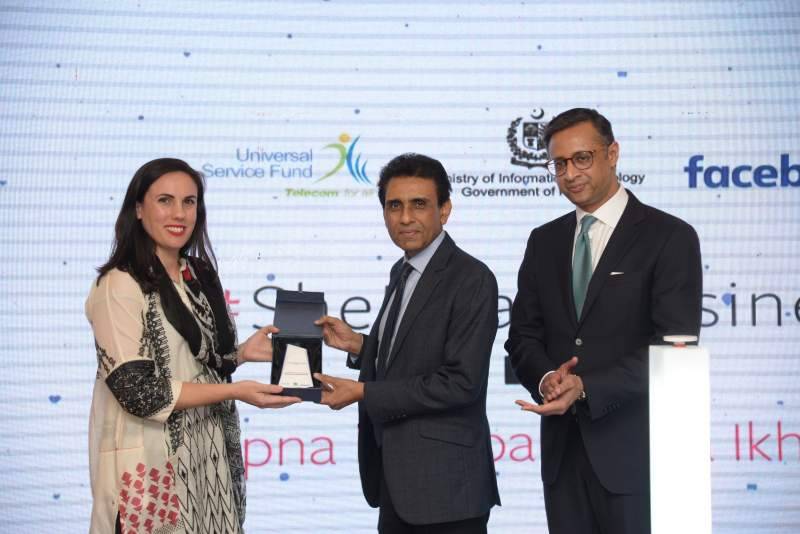 ISLAMABAD - Social media giant Facebook has launched its #SheMeansBusiness program with the Universal Service Fund (USF) in Islamabad and the Punjab IT Board (PITB) in Lahore.

The program helps equip women entrepreneurs with the knowledge, connections, skills, and technology required to build and grow their businesses online.

Aligned with Digital Pakistan's mission, Facebook's #SheMeansBusiness partnership with USF and PITB aims to reach 20,000 women across Pakistan over the next three years, delivering digital skills training with a focus on small business development and online safety. The PITB partnership includes a three-month digital literacy program offered as part of PITB's 'Herself' initiative.

Since its beginnings on International Women’s Day in 2016, #SheMeansBusiness has established an active presence in 21 countries, including Pakistan, and has trained more than 42,000 women entrepreneurs.

“When women do better, we all benefit. More women are employed, more role models are created, and there is stronger diversity,” says Clair Deevy, Director of Community Affairs, APAC.

“Women are doing amazing things on Facebook around the world with the support and encouragement of the #SheMeansBusiness community. Our partnerships in Pakistan with USF and PITB will hopefully help inspire and empower more Pakistani women to start and grow a business,” she added.

Globally, 43% of the active small businesses Pages on Facebook are owned by women, with this percentage growing by more than 21% in 2017, and by more than 94% year-on-year since 2015. This growth is a catalyst for establishing new partnerships in countries such as Pakistan where there is a fresh focus on digital inclusion and empowering women.

The difference the program can make is supported by Facebook’s Future of Business survey. Carried out with the World Bank and OECD, the survey found that businesses run by women are more likely than those run by men to leverage online tools to drive success and that higher rates of entrepreneurialism are found among women in less developed markets. Women in these economies are driven to pursue entrepreneurial paths to provide for their families, generally through basic types of consumer-focused products and services businesses. By doing so, they can become a real engine for their local economies.

The same research says that realising the potential of women entrepreneurs generates benefits ranging from job creation and economic growth to a more diverse small business community. That’s because entrepreneurs create jobs for themselves and enrich the lives of people including employees, investors, suppliers and the organizations they work with.

Speaking at the #SheMeansBusiness launch in Islamabad, CFO of USF, Haaris M Chaudhary said: “#SheMeansBusiness is a great initiative and an excellent opportunity for USF ICT for Girls Program, and using a ‘train the trainer’ approach enables the female student beneficiaries to learn the tools and techniques for running their own businesses.”

“the training involves important topics like Digital Safety which creates awareness on issues like protecting identity theft and using the internet responsibly and safely. Making these girls financially independent in a safe environment is the core objective of the USF program and this collaboration with Facebook will go a long way in enabling the socioeconomic development of women in Pakistan,” he added.

The program runs for the rest of this year and will kick-off in Islamabad on 13 September and in Lahore on 14th September 2018.