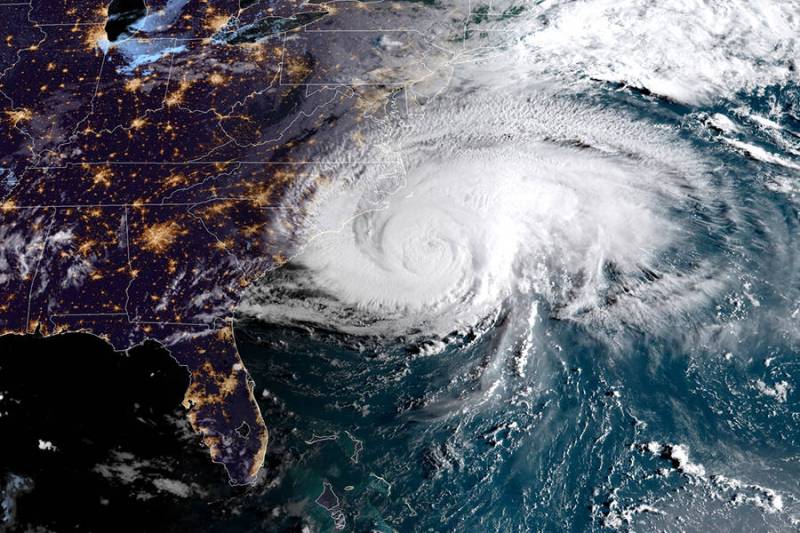 "I see a biblical proportion flood event that's going to occur," Wilmington Police Chief Ralph Evangelous told ABC News. "I see the beach communities being inundated with water and destruction that will be pretty, pretty epic in nature."

More than 500,000 customers were without power, mostly in North Carolina, as the eye of Hurricane Florence went ashore near Wilmington and began its slow trek along the coast, according to poweroutage.us.

Hurricane #Florence is producing a life-threatening storm surge and hurricane conditions over portions of eastern North Carolina. The threat of freshwater flooding will increase and spread inland over the next several days. https://t.co/tW4KeGdBFb pic.twitter.com/3OokbkFeb7

About 9,700 National Guard troops and civilians have been deployed, with high-water vehicles, helicopters and boats.

More than 60 people, including an infant, children and their pets, were rescued from a collapsing hotel in Jacksonville, North Carolina, at the height of the storm, according to WITN-TV.

Cinder blocks that were part of the structure were crumbling in some places, and portions of the roof were missing. Police and fire teams forced their way into some rooms to free the residents, who were temporarily taken to the town's center for public safety.

The storm's centre was about 180km east of Wilmington, North Carolina, at 2pm local time (18:00 GMT) but tropical storm-strength winds and heavy rains already were hitting North Carolina's Outer Banks barrier islands. The main highway in the Outer Banks was closed in parts as seawater pushed in. Flooding from rain and rising rivers also was reported in New Bern.

Some 11,000 power outages have been reported in North Carolina.

The hurricane centre also said the threat of tornadoes was increasing as the storm neared the shore. 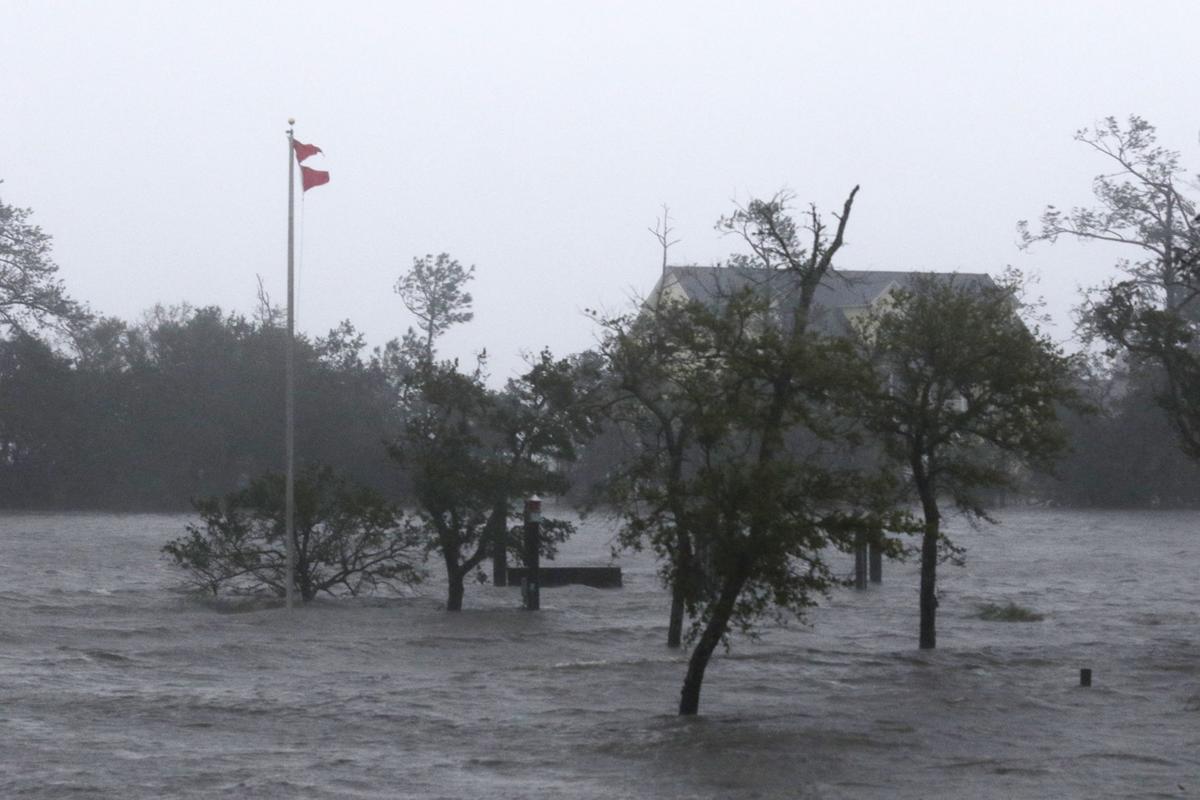 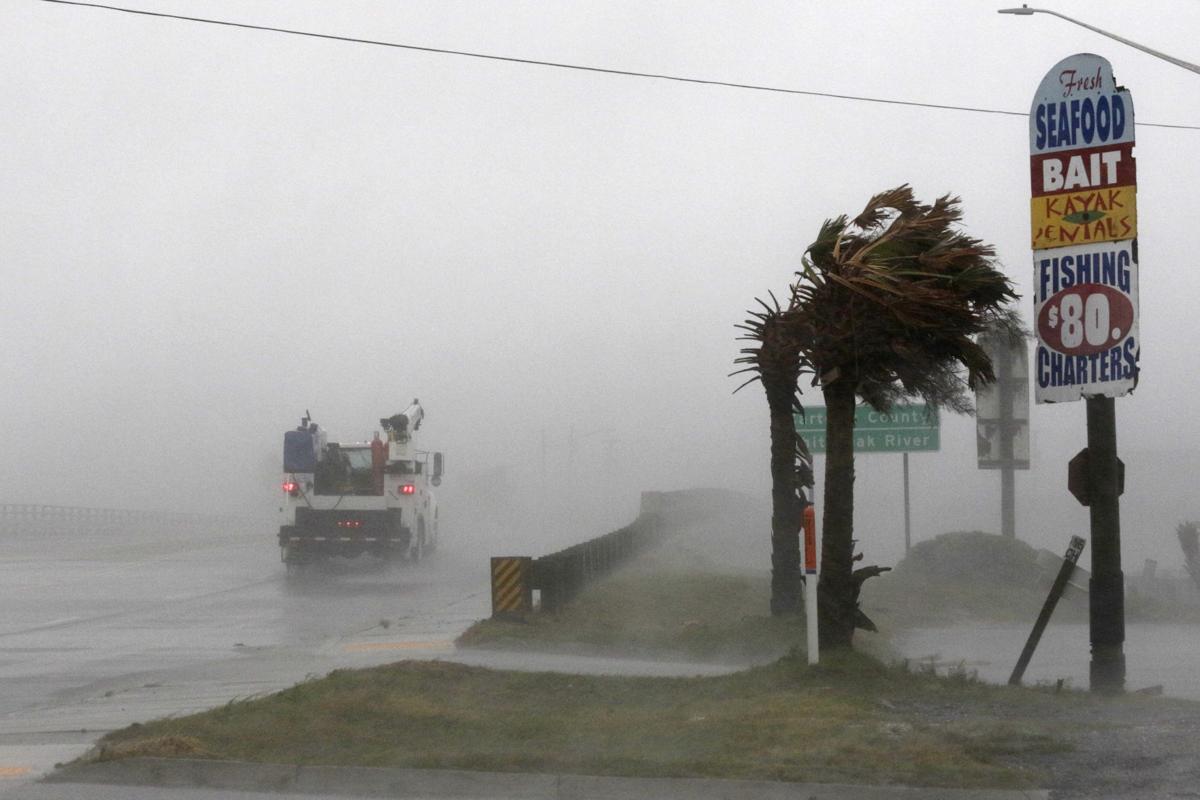