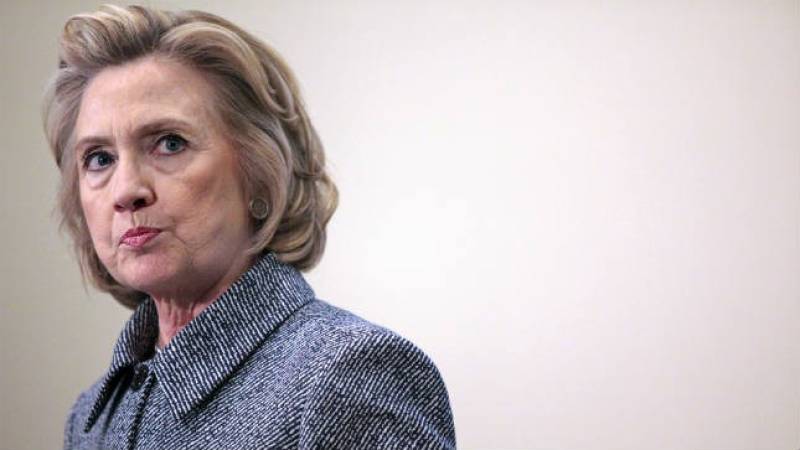 WASHINGTON DC (Web Desk) - Although Hillary Clinton boasts a robust 3.6 million Twitter followers, not even a vast right-wing conspiracy would be able to interact with 2 million of them.

According to two popular online measuring tools, no more than 44 per cent of her Twitter fan base consists of real people who are active in using the social media platform. 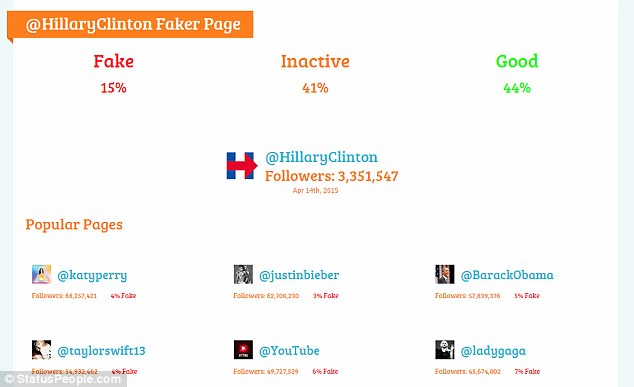 StatusPeople.com, the oldest publicly available Twitter-auditing tool, reports that 44 per cent of the former secretary of state's followers are 'good'; 15 per cent are 'fake'; and 41 per cent are 'inactive,' meaning that they never tweet or reply to any tweets.

The White House worked overtime to purge most of them after a September 2013 report found that more than half of his followers didn't really exist.

Michelle Obama's Twitter audience is 25 per cent fake, according to StatusPeople, along with 21 per cent of Vice President Joe Biden's.

Another tool, TwitterAudit.com, sampled 320,000 of Mrs. Clinton's followers and found that 18 per cent were fake.

The new measurements will add to the Clinton presidential campaign's embarrassment following news on Tuesday that a large number of her Facebook fans may represent 'likes' that were purchased rather than earned.