'Lost With Purpose': Travel influencer's take on Pakistan comes with an agenda? 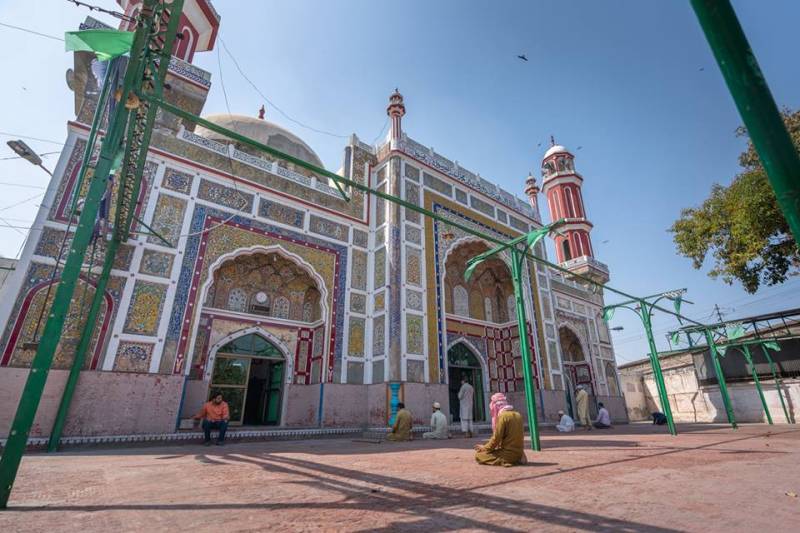 LAHORE - Alex, the travel blogger behind 'Lost With Purpose', has been pro-Pakistan for as long as we have been aware of her work. She has highlighted the beauty and potential of our country with much emphasis over time. Her endorsements on her social media accounts are proof of her admiration and love for our culture, our hospitality and one of a kind heritage.

"Guess who's back in Pakistan? I'm currently in my favorite city, Lahore, and it feels good to be back. In honor of the occasion, I put together a massive list of things to do in Lahore. But this ain't your basic Trip Advisor Top 10; these are the offbeat kinds of things that *I* love and recommend.", she had captioned a picture of Lahore, Pakistan, just a few weeks ago.

She had heart eyes for Pakistan's stupendous beauty till five months ago. Ummm, contradictory much?

So what went wrong to such loathsome extent that Alex posted a video talking about why travelling in Pakistan is a 'pain in the ass'? You need to hear it for yourself.

The travel influencer took an obvious U-turn regarding Pakistan's image after she was not allowed to present at the Pakistan Tourism Summit. She was taken off the list of presenters at the Summit who had to encourage tourism in Pakistan because of a reason that seems legit. With time being the main concern, a whole lot of views that others had to present to promote tourism in Pakistan were to be fitted into that time frame.

As Alex admits, her presentation focused more on the dangers and downsides of coming to Pakistan and also what options existed to change that and turn the country into a comfortable zone for wanderers.

Let us break it down for you, the presentation she had prepared to present at the Summit was basically quite critical rather than positive. Rather than showing the beautiful side of travelling to Pakistan, Alex had planned on alerting potential travellers about ONLY the dangers, which kills the purpose of the Summit.

Do we agree with her? We DO agree, and then we don't.

Alex took to social media and was seen contradicting a few of her own statements. On one side she loves it, on the other side she feels like there are too many hurdles in the country and it is a 'pain in the ass'. Well, 'pain in the ass' is too serious of a statement to use for a country that you have travelled to at least five times. She claims to have been to Pakistan five times already.

The part that we would absolutely not dismiss is this. We would agree that her arguments made complete sense too, yes we do believe that officials can give travellers a tough time, yes we do believe some people can harass travellers. If tourism is going to flourish in Pakistan, then our country, our government needs to take feedback and fix these issues ASAP.

Other criticisms that she gives were absolutely unwanted because a traveller would know how to behave in a country that is clearly not the epitome of modernism. We bet travellers would see the atmosphere of certain areas and know they shouldn't be kissing in public, or speaking to a woman who is not very welcoming to converse with. These points at the end of the video kind of make us think, is Alex just pissed at Pakistani government from not letting her speak at the Summit? Or is it her expressing an actual concern for Pakistan's tourism industry? Well, we think it is a bit of both. Her opinions are useful for a naive traveller and for us to consider and work on. But her anger is evident too at the government for refusing to give her validation.

Pakistanis have thanked the blogger for giving 'positive' criticism, which shows that we are ready to accept it and make the changes to help Pakistan grow it's tourism industry.

Pakistan is the land of natural beauty and breath-taking landscapes. The country is enriched with cultural diversity and has plenty of things to offer for any tourist.

Many foreigners including Eva Zu Beck have been visiting Pakistan during the past few time and promoting the positive and beautiful side of the country through their heartfelt experiences.

On the plus side, there is good news for Pakistanis as another famous vlogger Drew is going to visit Pakistan and will be sharing his experience with the world during social media sites. The 27-years-old Drew Binsky is a travel blogger. He has visited more than 155 countries around the globe, has more than a million subscribers online and makes regular travelling vlogs.