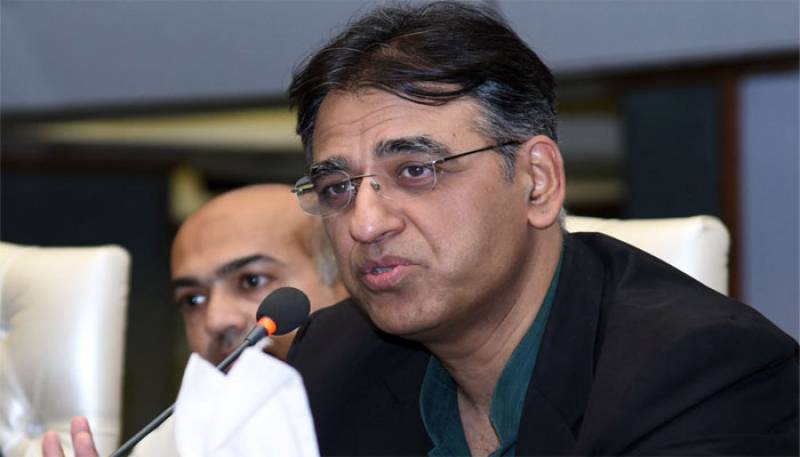 ISLAMABAD - Finance Minister Asad Umar announced on Monday that Pakistan would sign a bailout agreement with International Monetary Fund (IMF) worth $6-8 billion but assured that the masses would not be impacted.

Briefing the National Assembly's Standing Committee on Finance, Revenue and Economic Affairs, the finance minister said the IMF finalised a bailout package for Pakistan during recent talks between the two sides.

Pakistan would receive funds from the World Bank and Asian Development Bank immediately following the IMF bailout, he told the committee chaired by Faizullah Kamoka.

Umar said the IMF package would ease off pressure from the country's foreign reserves and would improve the capital market as well.

The minister told the committee that an IMF mission will visit Islamabad during the last week of April, which is when the bailout package amount will be finalised.

Talking to newsmen, Umar assured that the IMF bailout would not impact the public saying, the government has no plans to raise electricity prices.

The minister said he met with Financial Action Task Force (FATF) President Marshall Billingslea during the US visit, who assured him that any decision would be taken on technical grounds.

Pakistan will send a draft detailing its implementation on FATF's recommendations by today, he said and added that a delegation of FATF will visit Pakistan in the third week of May to review the efforts put in by Pakistan.

Meanwhile, Minister of State for Revenue Hamad Azhar tweeted on Monday that an agreement in principle had been reached on all issues with IMF.

An agreement in principle has been reached on all outstanding issues with IMF during the Finance Minister's recent successful visit to the US. Technical details and formalities will now be finalised during the IMF's staff level visit to Pakistan later this month.

Technical details and formalities would now be finalised during the IMF's staff-level visit to Pakistan later this month, Azhar added.

The International Monetary Fund (IMF) said on Monday that it held "constructive discussions" with Pakistani authorities during last week's meetings in Washington.

According to an announcement made by the Office of the Resident Representative of the IMF its mission will be visiting Pakistan "before the end of April to continue the discussions" on a bailout package.

"The Pakistani authorities and IMF staff held constructive discussions during the IMF/World Bank Spring Meetings in Washington DC towards an IMF-supported programme," the IMF statement said.