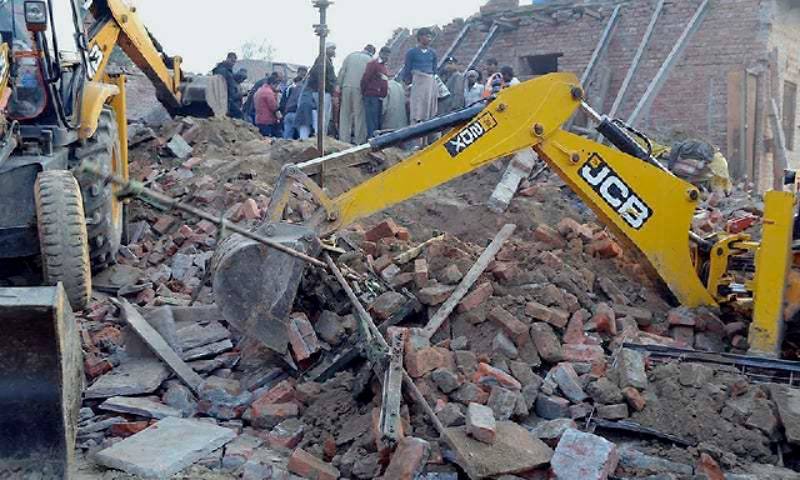 LUCKNOW (Web Desk) - A newly built house in northern India collapsed early on Sunday killing 13 residents as they slept, the latest in a string of building cave-ins, police said.

The roof of the house suddenly gave way in Uttar Pradesh state, trapping the residents, four of whom managed to escape from the rubble with the help of neighbours, a police officer said.

“Thirteen people have been killed. Among the deceased are four labourers as well as the family and relatives of the house owner,” district police superintendent, Muniraj, who uses only one name.

“Our men along with those from the local unit of the National Disaster Response Force rushed to the spot for rescue operations,” he said.

“The injured have been rushed to a hospital where they are being treated. “Police said they were searching for the building contractor after suspecting poor construction was to blame for the accident in Dulhaipur village about 32 kilometres from the city of Varanasi.

A local official said $322 would be given to the relatives of the victims as compensation for the accident. The accident is the latest in a long line of deadly building collapses in India, some of which have highlighted shoddy construction standards.

A massive influx of people to cities in search of jobs and a shortage of low-cost housing has helped fuel the construction of illegal buildings across the country, often made using substandard material. Millions also live in dilapidated old buildings, many of which cave in during rains.