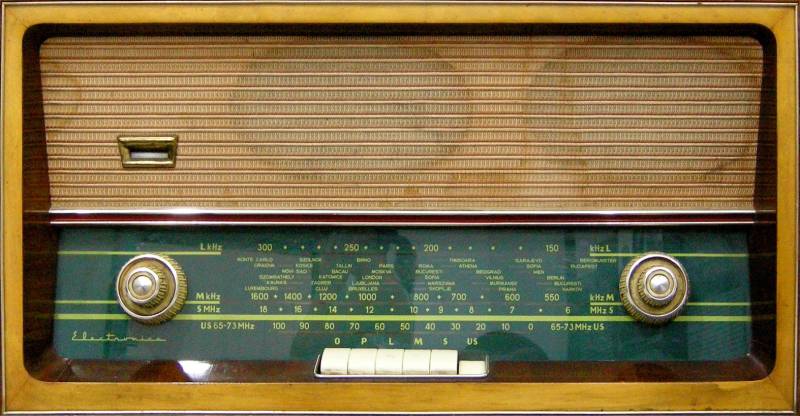 Having returned to Pakistan in August 1971 after spending five rather delightful years in London, a London which had transformed our thinking with its music, cinema and comedy even, we desperately needed to keep in touch with that life. The fact that that dad was posted to Peshawar didn’t help matters much. Yet the city was not that much of a backwater. There were music shops and I discovered MAD magazine, acerbic and iconoclastic, and the innocent fun of Archie’s Riverdale at Ferozsons, Peshawar.

But sustenance came from an unexpected source – Radio Kabul. Late evening was when we got our fill of the latest hits. I first heard Carol King from Kabul. Marc Bolan’s T-Rex had already set the scene alight with Hot Love; now Get it On moved all who heard it. We had received our sustenance. The city itself was a sensual Eldorado, inviting weary Pakistani travelers to sup at its many pleasures; the latest Indian movies, department stores and girls in skirts. They all returned rejuvenated, smiling, and eagerly bent on planning their next pilgrimage.

Of course there was Radio Pakistan, repeating the drivel it was fed from the higher-ups. As the year was nearing its end, war was becoming more and more imminent - or that is what the BBC World Service and All India Radio told us. Blackout drills became commonplace. But all was well in the East according to the Pakistan’s radio and television. The cliché’s linger till this very day – ‘befitting reply’, ‘dushman ko mo toor jawab milay ga’, ‘mailey nazar’ blah blah. PTV was a different kettle of fish, was able to rise above the morass through its music and dramas.. But more of that and my discovery of the Punjabi film genre later!

On a journey not long ago, well 2012 to be exact, with my grown-up daughter set me thinking about similar journeys I had been on as child forty years ago; perilous but delightful treks along the GT Road. An entirely different feeling to the sterile motorway – dogs, tongas, bullock carts all vying for space amongst the ghastly, bloody pile-ups. Entertainment was garnered through a humble MW radio.

Without fail, the trip from Lahore to Pindi (always Pindi, never Islamabad) was divided into three distinct segments; tuning the radio when starting the journey from Lahore to Radio Pakistan, until you reached Wazirabad, at 1.00 pm or thereabouts, All India Radio Jummu started crackling, with the solemn introductory music giving way to the latest hits, and some older gems. Then you hit the Salt Ranges where nothing could be heard. That’s when you began to talk with the stunning mountains as the background with our father holding forth the issues of the day or on some historical event or other.

In 1972, Pakistan was still in a state of war, and shock. Half the country had been lost and 93,000 Pakistanis were languishing in Indian prisons. Yet we still tuned into Radio Jummu’s afternoon extravaganza, ironically entitled “Fauji Bhayoon Ka Fermaish” - those same fauji bhais who had humiliated our armed forces so recently. Somehow Rafi, Lata and Kishore seemed to be exempt from the hate we felt towards our neighbor – an arbitrary NOC so to speak. And in those days you could see the mountains on the other side. Invariably your gaze traversed towards Kashmir.

I mentioned this phenomenon to my daughter, born and bred in England, while driving to Islamabad (yes Islamabad now as Pindi is now an ode to chaos, with little left of its past glory). Never one to take her father too seriously; after all, had I not bored her on a previous trip with a pompous account of Alexander’s journey into India and the battle with Porus – the historical importance of the River Jhelum and whatnot? I decided to turn the radio on to see if I could recreate some semblance of the event so she would understand what I was on about. Some twiddling and the same Radio Jummu came on air: the same program, the same introduction, and on the same wavelength. And what of the music; well it was the same songs, with Kishore Kumar still remonstrating with the world, lamenting that "Seeta Bhi Yehan Badnam Hui". As I explained my feelings about the moment, I did notice a flicker of a smile on her face. Was it the one I used to love seeing when I used to conjure up a favourite Thundercat figurine from my briefcase? Or was it an indication that the old boy had finally lost it? Forty years down the road, it was for me the “Halleluiah Moment”, an epiphany - yes you may call it that; I had finally grown up!

The towns were different of course; Syal More on the Chenab instead of Wazirabad - as was the audience on this latest journey of a decades old process. But I still wonder about that smile.