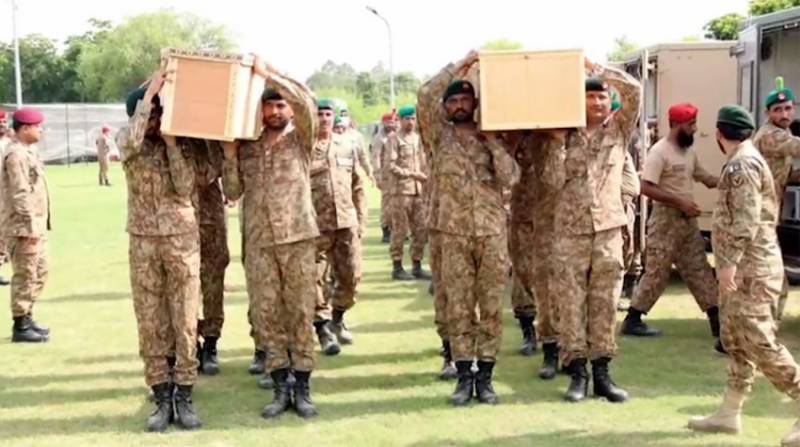 Any terrorism or terrorist activity cannot subdue spirit of shahadat (martyrdom) and firm resolve to take on the enemies of Islam, Pakistan and humanity. Wars are not fought on weapons and numerical strength rather are won on spirit of sacrifice and 'Jazba-e-shahadat'. It is sheer courage to stand in the valley of bullets, but it is equally courageous to let your son go to face those bullets. Pakistan's armed forces operate beyond the common norms of professional obligations alone. There is no word or phrase to define the spirit and commitment of a soldier and his family. The emotional commotion of the moment when a mother, a wife and children are given the news of a shahadat, the folded flag with the rank pips and the uttered words ‘Mubarak ho’ is unimaginable.

Apart from fighting the ‘different war’ against the different enemy-terrorism and giving a matching response to Indian shelling across LoC, the role of Pakistan Army in the peace times is also commendable. In these terms, services of Pak Army cannot be explained in words. They always make us proud. They stood first in the time of national crisis and natural calamities. The untiring sincere efforts of our soldiers mark the defense of Pakistan with an ultimate assurance to safeguard the country at all heads. The whole nation stands by our soldiers who are guarding our borders and coming days will prove that the war against terrorism will not finish us, while the terrorists themselves will be eliminated by our valiant soldiers who desire to be martyrs and are not afraid of death. 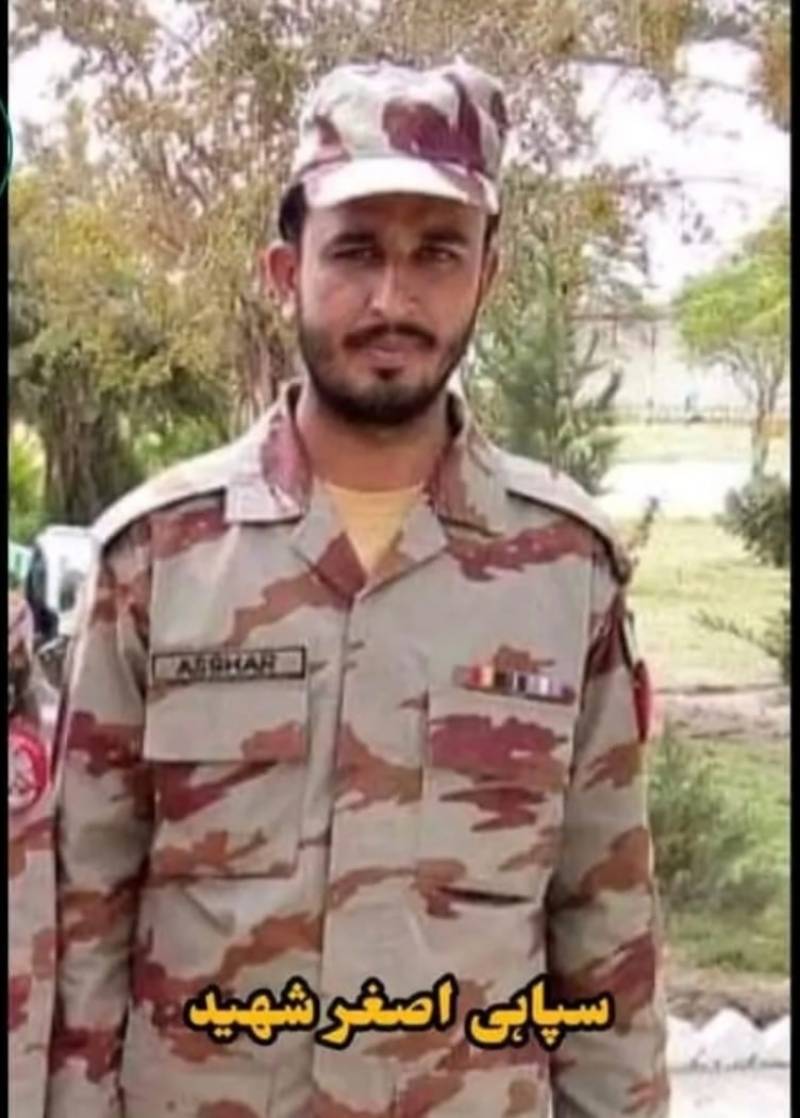 During both conventional and unconventional threats, our soldiers and officers have offered unparalleled sacrifices. These caravans of Shuhada will continue forever. We salute all the soldiers of Pakistan, who are sacrificing their today for our tomorrow. Nevertheless, surely martyrs are gladly giving up their bodies to torture and death-the trustworthy heroes of our history. Pakistan Army will consolidate the hard earned peace, made possible by the supreme sacrifices of resilient Pakistani Nation and LEAs.

Pakistan Army remains focused on evolving security situation and determined to take the battle to the terrorists and break nexus with their facilitators so as to ensure lasting peace. Pakistan Armed Forces are comprised of men and women, made of steel. They do not hold on to their jobs for the prospects of livelihood, or an easy lifestyle but they are driven by the passion to serve the country and if needed voluntarily choose martyrdom over life. 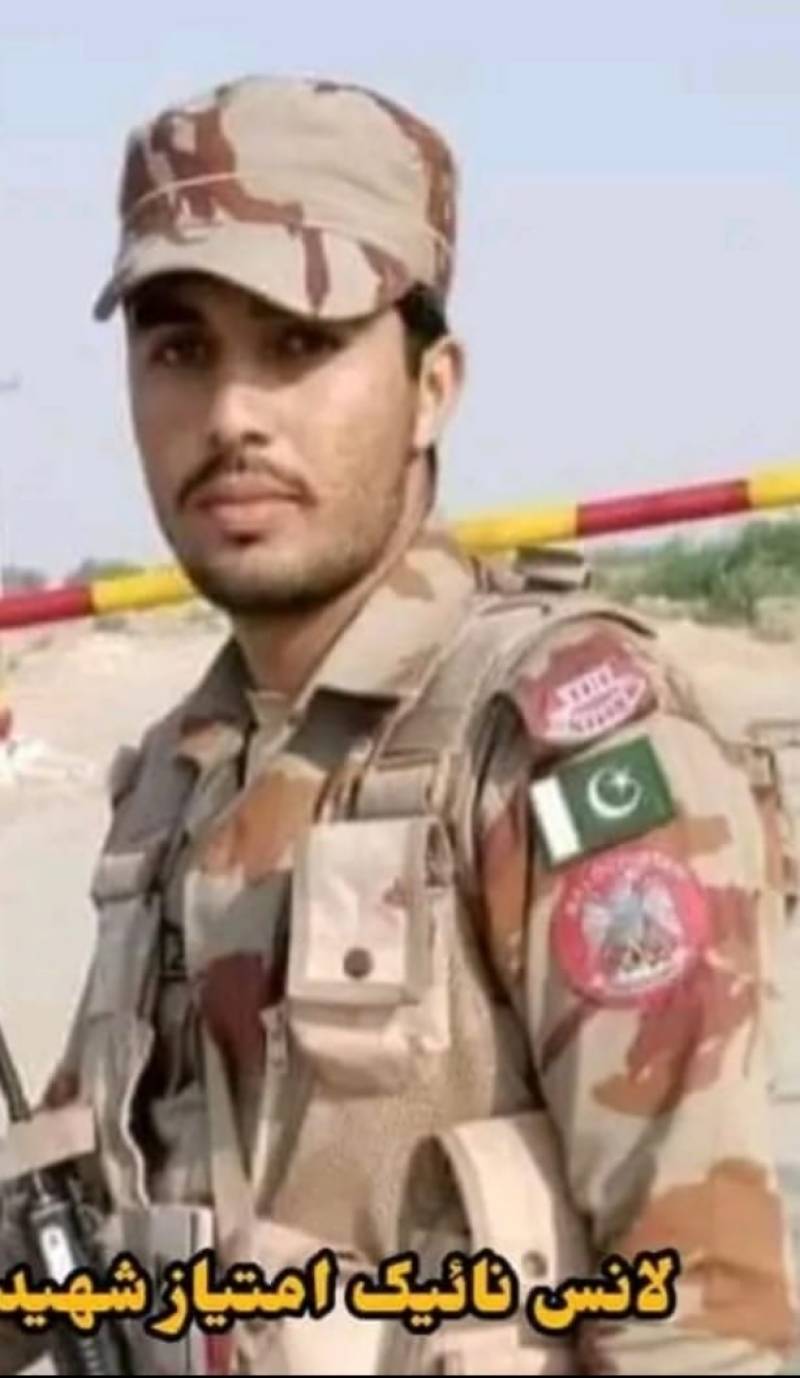 The Spirit of Shahadat:

Even today, the motherland and the people of this land are always ready to repay the debt of soil on the palm of their hands. This is the reason why the enemy is afraid of us even today, because these children have always obeyed their motherland and the sacred soil by destroying the evil intentions of the enemy. Since the creation of Pakistan, millions of people have performed unprecedented feats of bravery and courage by sacrificing their lives and offering pure blood while protecting the land of Pakistan. Today, the existence of this country is the result of the sacrifices of these martyrs. There is a long list of Pakistan forces who have sacrificed themselves for the protection of their motherland i.e. the geographical and ideological borders of this country. We see POF slogan is meaningful "We provide force to the forces". Actually, these factories are the backbone of defense in Pakistan and because of their role they prick in the eyes of the enemies. The spirit witnessed in these factories is very awesome. They say, we make weapons for the Ghazis and we equip the Shaheeds.

From 1947 until now, the martyrs of the country who were born on the land of Pakistan have sacrificed their lives by making eternal stories of martyrdom, which will be remembered forever, and the list of the martyrs of Pakistan, who sacrificed themselves for the country is full of heroic stories. They will always be alive and standing in the pages of history as our heroes. Thus, since 1947, a large number of soldiers came forward to stand before their Allah while performing their duties in different operations. Thousands of brave men were martyred while defending their motherland. But from the summary of the situation, it is intended to say that the sacrifices of our dear soldiers for the homeland Pakistan and its security and stability related institutions or those concerned people who defend their homeland even in the most desperate and difficult situation can never be forgotten. A soldier busy fighting doesn't hesitate to sacrifice his life in fulfilling this duty. The narrative behind this series of sacrifices is the spirit of Shahadat, the slogan of Allaho Akbar, the spirit that this life belongs to Allah and should be sacrificed for Allah. The spirit to become a Martyr is to attain a life forever. To become Allah's chosen one. This is the philosophy behind every Shaheed, their families and the nation. No fear of Death!

The Spirit of Sacrifice:

Pakistan Army is considered one of the best armies of the world. No one can doubt about professionalism and capability of Pak Army which has always remained most well managed, disciplined and responsive. Since creation, Pak Army has fought number of conventional wars, other than war against terrorism successfully. Nation will never forget huge sacrifices made by soldiers and officers in battlefield for love of their motherland. Always in fewer budgets and limited tech, Pak Army has produced great results against all challenges and whole world admitted their professionalism and expertise. Hailed as one of highest greatest mil commanders, Napoleon had once famously remarked, “It is cause, not death. That makes martyr.” Rightfully so, because this determined rigour to sacrifice everything for motherland and its people speak to a greater calling, and thus, blessed are souls who find it in themselves to embark on such a holy crusade. There can be no better example of this majestic selflessness than ranks and file of Pak Armed Forces, who have cyclically protected their homeland with their blood against all odds. 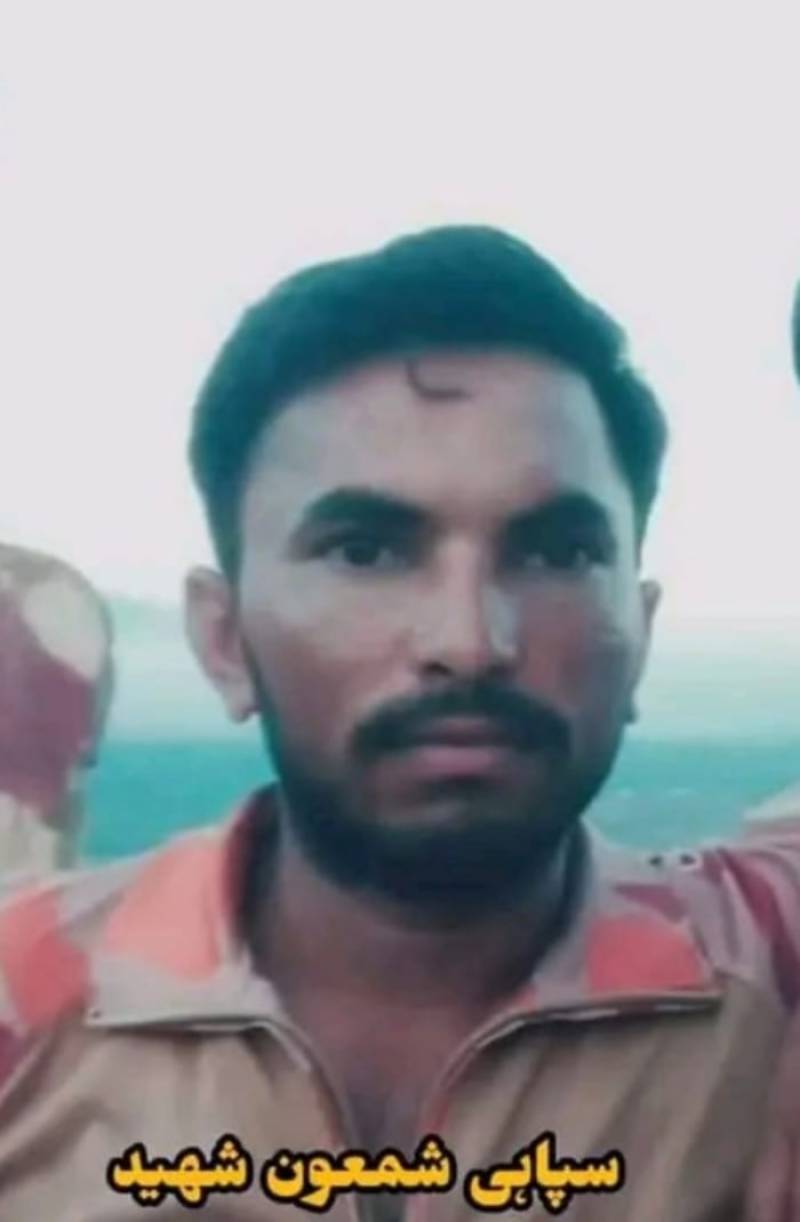 There was a boy who felt a burning desire to do something meaningful of lasting impact for his nation. An act of service which could forever etch his undying love for his motherland & it's people. Though he belonged to his family, but he felt he owed his existence to people. His sense of responsibility set him on the path of discovery. The young man's strife eventually led him to his true destination: to be defender of his land. His passion drove him to remote destinations, harshest weather & unfavourable conditions & yet the fire in him was undying. Every day he left his home with bigger sense of purpose knowing the path ahead is lethal & unforgiving. But thousands of prayers & expectations of his people fuelled his passion even more. He waited with bated breath when he could render one great sacrifice for his nation. For he knew a momin's true purpose is Shahadat. One day, Allah gave him what he yearned for. Dripping in blood, taking his last breath, he finally found peace & sense of fulfillment.

This is the spirit of Shahadat!!!

The writer is an old Aitchisonian who believes in freedom of expression, a freelance columnist, entrepreneur and social activist.