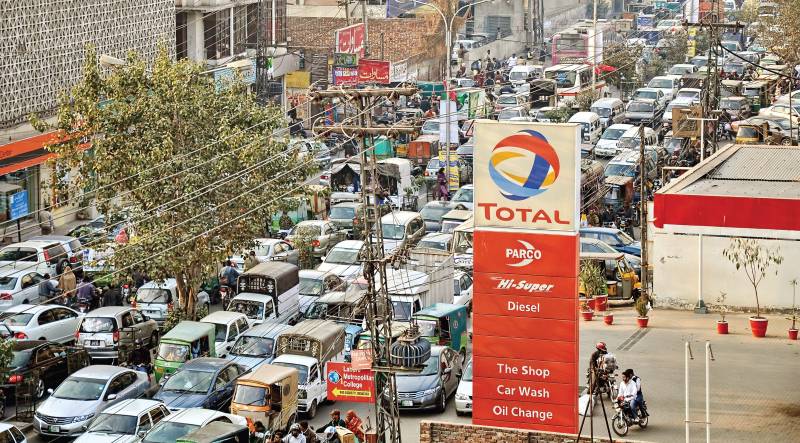 One visit to Dubai and you see how efficient their taxi drivers are: how swiftly they will, without disobeying any of the laws, take you to your desired destinations. Never has one ever laid eyes on me, or even tried to misbehave. The laws there are strict as hell, and they must be so in order to avoid chaos.

UAE welcomes tourists and that's how they've kept it so safe for all these years: by rules and regulations. You will never see a driver take a wrong turn or block the whole of traffic, there's a lump sum fine if you forget to wear your seatbelt, or cross a signal, and so on.

Back here in Pakistan, I sadly see rickshaw drivers, trucks, vans, motorbikes, cycles, even people walking in front of cars, not giving a fuck as to what the outcome of their traffic-blocking actions might be. There are uneducated people in every country, but you fear laws if you know you will have a large fine or put in jail for something you did to another person, a vehicle, even an animal.

I see the failure of traffic rules obedience as a sign of failure of this government. Everyone knows it, yet few people will actually put a thought to it, because we all have become so immune to everything being JUST the way it is.

You see someone breaking a traffic signal, you think it's 'none of your business', because you are safe and secure in your own little car, and in your own little world. In a country where someone could get away with brutal murder, perhaps that's the way to 'play it safe'.

However, me being me, I beg to differ. I raise chaos when someone breaks a line or blocks a road, and women and men stare at me in astonishment, wondering about the repercussions about such an action. That's the deal, people are too scared to voice their own opinions in Pakistan because they fear being shot or gunned down or beaten up by the higher ups, or the uneducated.

A few weeks back, me and a friend grabbed food and sat in the car for an intense conversation session. It was all fun and games, until a cop (supposedly one, because he was not in uniform) came up to us and threatened us to open the car window and go with him to a police station because we had 'parked our car in a shady spot'.

I ask of you, what is this country becoming? Everyone can do as they please, and everyone can get away with it. Where is the government in all this? Oh, I forgot. They're busy making ROADS.

What good are these roads going to do, when people don't have the BASIC MANNERS to push their four wheels on these roads?

I see a donkey-cart and an Audi doing the same shit everyday: running lights, breaking signals, rushing, honking, shouting angry hurls at people and what not. Nobody cares, and nobody gives a rat's ass to their behaviour.

Even the traffic police, sometimes, act busy on their cell phones when someone breaks a rule and they're unable to stop them. They do it for two reasons: either they're too lazy to go for a chase, or they actually fear whoever is inside the car/van/bus.

How is a country to prosper if the traffic is blocked for hours because of the mistake of one truck, one bus, one human being?

A time will come when none of us are safe and anyone will be able to do/say whatever they want to us/our families/our loved ones.

The next time you see a traffic police officer letting an Audi or a Vigo pass by, report him.

He is not protecting his people, and neither is he obeying the law. How will people obey laws if people they should be scared of, act busy in their phones when it happens? It is wrong, and we all must do our part in raising traffic awareness.

If the government were so worried about us all, they would have campaigned and raised awareness on traffic rules. There should be adverts on television about such things, so an average man having chai at a local dhaba can see that if he disobeys the traffic rules he will have to pay his entire month's salary for the cause, and he would hate to do that, wouldn't he?

How hard is it to have law and order in a country? If they get out of their large palaces and overseas investments, they might be able to do something about the lawlessness in the country.

I really do hope that we, as citizens, can create some form of awareness regarding safety on roads and why it's important to avoid accidents (for your loved ones, for others and so on).

But, sad as it is, without proper fines and a firm attitude by traffic police officers, none of this will ever be possible, not in a million years.