Development in Lahore has made life unbearable for its residents 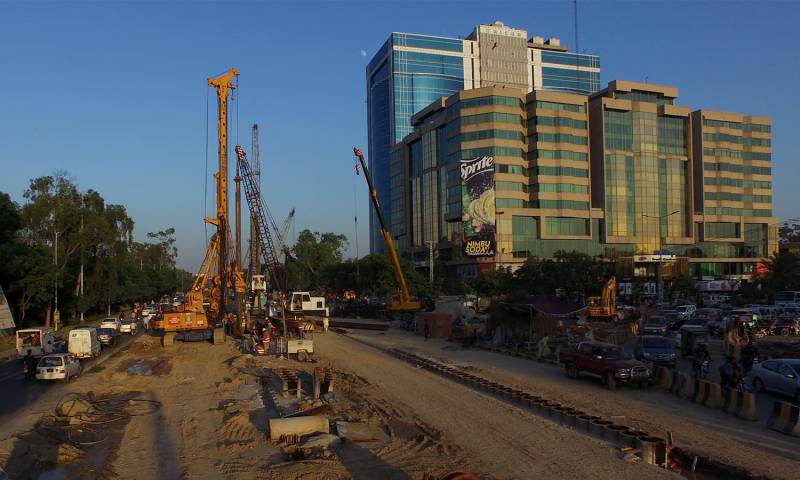 Lahore, the largest city of Punjab and second largest of Pakistan, is considered the heart of Pakistan. It has phenomenal history, covering thousands of years, and expands every day by welcoming thousands of people, who come in pursuit of success, in its midst.

Lahore was once a lively, beautiful and attractive city, destined to be a haven for tourists. Sadly, over the last 5 or 10 years, repentantly Lahore has become dull, dreadful rather developed, and full of dust, concrete pillars and iron rods. Increasing industrialization and commercialization have turned this city, once known as the city of gardens, into one of most polluted cities in the country.

The air is completely poisoned and drinkable water is scant. More than half of the population is unknowingly suffering from anxiety, depression, high blood pressure and lung related diseases. Following the dream of turning Lahore into a world-class metropolitan city, the city's architects have only succeeded in dismantling its infrastructure.

Residents of Lahore have paid and will continue to pay a huge cost for turning this dream into reality. The government is still eager to cut down more trees to make way for roads. Roughly about 800 small and large industrial plants including a series of steel-related units are operating in the city, most of them in residential localities, creating serious danger for human life.

Due to the power shortage and climbing prices of fuels, many these industries burn used tyres and other waste material to make power, releasing Carbon Monoxide (CO), Nitric Oxide (NO), Sulphur Oxide (SO2) and other toxic substances into the atmosphere as a result. Also, the increase vehicular and industrial waste has raised the degree of air pollution in the city. A thick layer of haze can easily be seen spreading over the city, especially at sundown.

This is a clear indication of the highly unhygienic air quality. Only the short rainy season helps dissipate much of the pollution in the air. In December especially, continuous dryness and cold turn the pollutants in the lower atmosphere into smog, which blocks sunshine, and renders motorways and international air ports useless at night. Air pollution is an issue which must be considered by the incumbent administration on the urgent basis, since Lahore is ranked among the top 5 most polluted Asian cities in terms of smog.

According to the WHO (World Health Organization), “In 2012 around 7 million people died, one in eight of total global deaths, as a result of air pollution exposure. This finding more than doubles previous estimates and confirms that air pollution is now the world’s largest single environmental health risk”.

Quality of human life should not be compromised in the name of development. The traffic situation is even getting worsen day by day. Disorganized flow of traffic has raised the noise pollution levels in the city.

Water scarcity is another upcoming huge challenge for the administration of Lahore. In 2006 a paper was presented on “Pakistan’s Water Problem” in a conference held at the Woodrow Wilson Centre. The paper stated that one hundred percent of the water samples taken from the Lahore water supply were found to be contaminated. Non-existent management of industrial and domestic waste is the main reason for this contamination.

These environmental issues are not only harmful for human health but also adversely affect people’s behavior, mental health, attitudes and the way they treat other. It is time to lay down a comprehensive plan to minimize the spiking levels of pollution in Lahore.

Withdrawal of US Troops and its Impact on Afghanistan

HEC and the dilemma of its working style