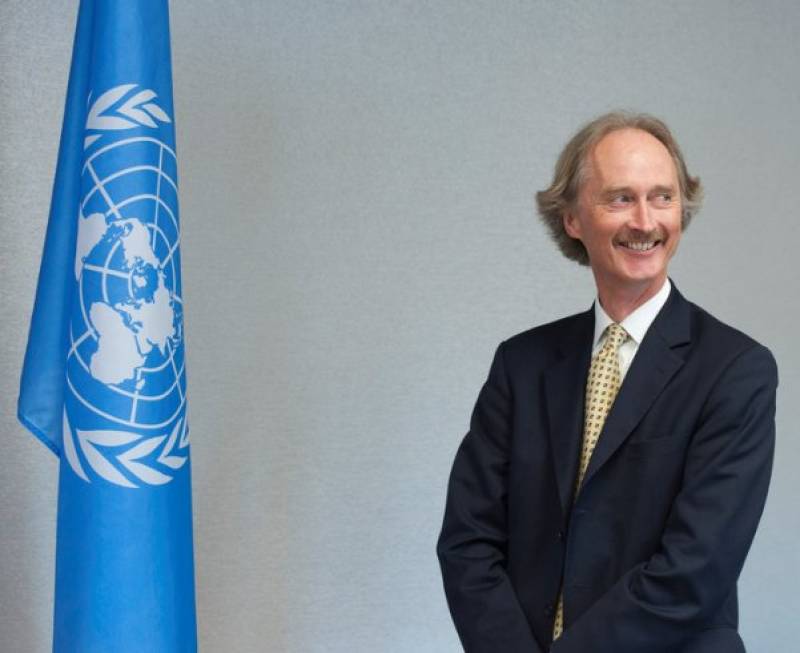 DAMASCUS – The United Nations' new envoy to Syria, Geir Pedersen, arrived in Damascus on Tuesday on his first trip since being appointed.

Geir Pedersen spoke briefly to reporters upon his arrival in the Syrian capital on Tuesday.

The seasoned Norwegian diplomat, who replaces Staffan de Mistura, is the fourth negotiator to have been appointed UN special envoy to Syria since the civil war broke out in 2011.

Pedersen’s office, in a tweet, said the envoy is looking forward to productive meetings in Damascus.

Syria has said it will cooperate with Pederson if he avoids the “methods” of his predecessor and commits to Syria’s territorial integrity.

HASAKEH, Syria – The US-led coalition in Syria has begun withdrawing its troops, a spokesman said Friday, less than a ...

Meanwhile, the United Nations reported that freezing temperatures and the lack of medical care have killed at least 15 displaced Syrian children in recent weeks.

The UN Children Fund (UNICEF) said eight of them had died as a result of freezing temperatures in the Rukban camp in southeastern Syria and seven others during the displacement from the militant bastion of Hajin, further north.

Nearly half a million people have been killed in the seven-year civil war in Syria.

The Syrian government has regained control over the majority of the country's territory since the Russian military intervened in 2015, backing Assad's government.