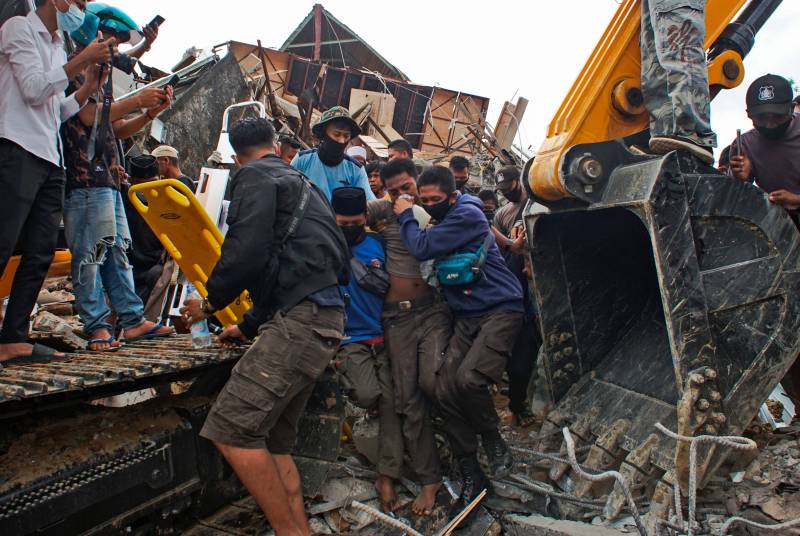 The quake hit six kilometres northeast of the town of Majene, at the depth of 10km, just before 1:30am (local time), triggering panic among residents, who left their houses and buildings to save their lives.

Some media reports say a hospital was also flattened in Mamuju, West Sulawesi province,, trapping number of patients under the rubble.

Initial information from the national disaster mitigation agency said that at least 35 people were killed while 637 other injured in Majene, and two dozen were injured in Mamuju.

Indonesia’s Meteorology and Geophysics Agency (BMKG) has not issued any tsunami warning.

Pictures and videos of the aftermath also appeared on social media showing how badly the province was jolted by the quake.

Footage of shocking moment of earthquake in Sulawesi, Indonesia pic.twitter.com/oG4GtASygI