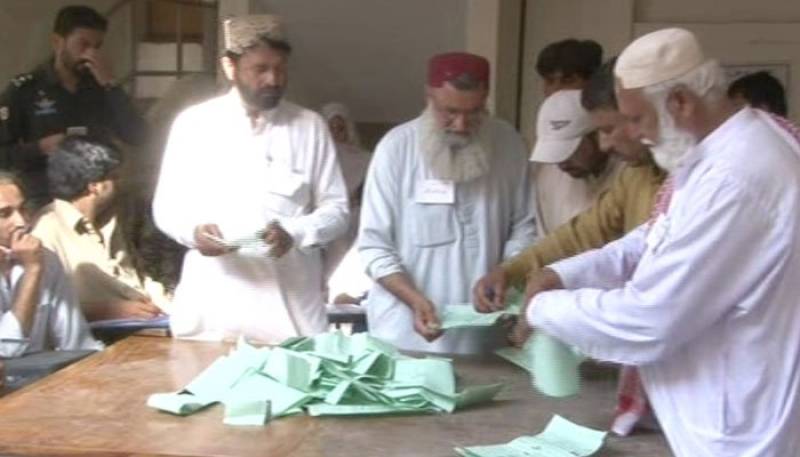 Badini who was the hot favourite secured 43,191 votes to seal his victory in NA-260 Quetta-cum-Chaghi constituency on Saturday.

Balochistan National Party Mir Bahadur Khan was a runner up with 37,200 votes whereas the Pashtunkhwa Milli Awami Party stood third with 19000 votes.

The election commission of Pakistan would issue the notification of results soon. The provincial government had announced that schools and colleges in Quetta and Chaghi remained closed during the polling process.

The seat was fallen vacant due to death of MNA Abdul Rahim Khan Mandokhail of Pakhtunkhwa Milli Awami Party (PkMAP), who had won the General Elections 2013 on the party’s ticket. The predominantly rural NA-260 had witnessed a record high turnout of 41% during the 2013 elections.

The multi-district constituency spanning Chaghi, Nushki and parts of Quetta has a total of 460,202 registered voters, including 185,835 (40%) women.

Overall, 993 polling booths - 571 male and 422 female – have been set up. A total of 17 candidates - nine political parties and eight independents – are contesting the NA-260 by-election.

PkMAP has not formally positioned any candidate. The Jamiat Ulema-e-Islam Fazl has given its party ticket to Haji Muhammad Usman Badini, while Pakistan Tehreek-e-Insaf has fielded Munir Ahmad Baloch.

The constituency has witnessed an intense election campaign by JUI-F and PkMAP.

The Election Commission of Pakistan has sought help from the army, Frontier Constabulary and Quick Response Force to ensure security for the polling day.