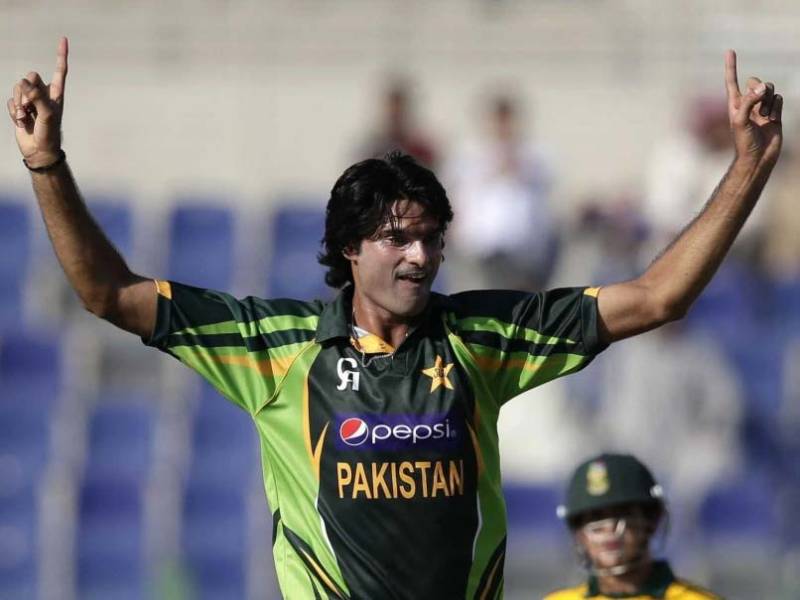 LAHORE - Pakistan’s fast bowler Mohammad Irfan has been blessed with a baby boy.

The Burewala-based cricketer, who is currently facing a ban after being hit by a spot-fixing scandal earlier this year, took to Twitter Saturday morning to share the good news.

Mera beta - another beautiful addition in my Aashyana. Please say a dua for his health, success and life. :) pic.twitter.com/cXWgefzrYs

At 7 feet 1 inch, Mohammad Irfan is the tallest cricket player of all time.

Irfan has been banned from all forms of cricket for six months which could extend to a one-year ban, after his confession that he had failed to report two approaches made by bookies during PSL 2017.