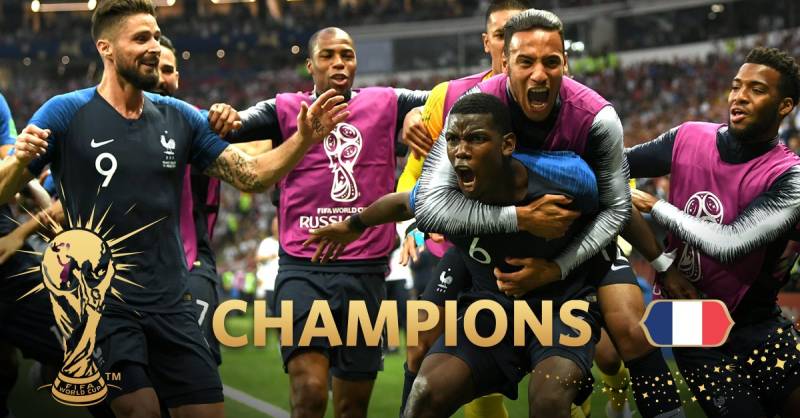 MOSCOW - France overwhelmed Croatia 4-2 in the World Cup final at Moscow’s Luzhniki stadium on Sunday to lift the trophy for the second time in 20 years.

Mario Mandzukic pounces on the mistake by Lloris, and it is now 4-2 to France!

This football match! @MarioMandzukic9 pounces on the mistake by Lloris, and it is now 4-2 to #FRA in Moscow! #FRACRO

Paul Pogba extends France's lead over Croatia with GOAL, becoming the first Premium League player to score in the World Cup final since Emmanuel Petit in 1998.

Croatia’s Mario Mandzukic is the first player to ever score an own goal in a World Cup final.

It is a final few people anticipated when football's global showpiece kicked off four weeks ago.

Croatia have brought joy to their Balkan nation of just four million people by defying the odds to progress to the final while reigning champions Germany, then Argentina and Brazil all fell by the wayside in Russia.

They have been inspired by mercurial midfielder Luka Modric while coach Zlatko Dalic, who only took over last year with the squad in chaos, has coaxed remarkable performances from his team.

Deschamps would become only the third man to win the World Cup as both a player and a manager -- he was captain when France lifted the World Cup in 1998.

His France side, spearheaded by 19-year-old forward Kylian Mbappe and the more seasoned Antoine Griezmann, are the favourites.

Paul Pogba has finally become a leader in midfield for France and N'Golo Kante has excelled in doing the tireless work that allows his teammates to shine, while Samuel Umtiti and Raphael Varane are the nucleus of a solid defence.

Les Bleus laboured through their group, beating Australia and Peru by the odd goal and drawing with Denmark in the only goalless game of the tournament.

Then they hit form, sweeping aside Argentina in a match which announced to the world that Mbappe is set to be an international superstar as he scored twice and outshone Lionel Messi.

But apart from that 4-3 win, France have played like a Deschamps side, with the emphasis on defence.

The cavernous 80,000-capacity Luzhniki Stadium will be the setting for the final, but the biggest celebrations will take place on the streets of the winning country.

Tens of thousands of people poured onto the Champs-Elysees avenue in Paris after France's semi-final win against Belgium and expectations at home are high. 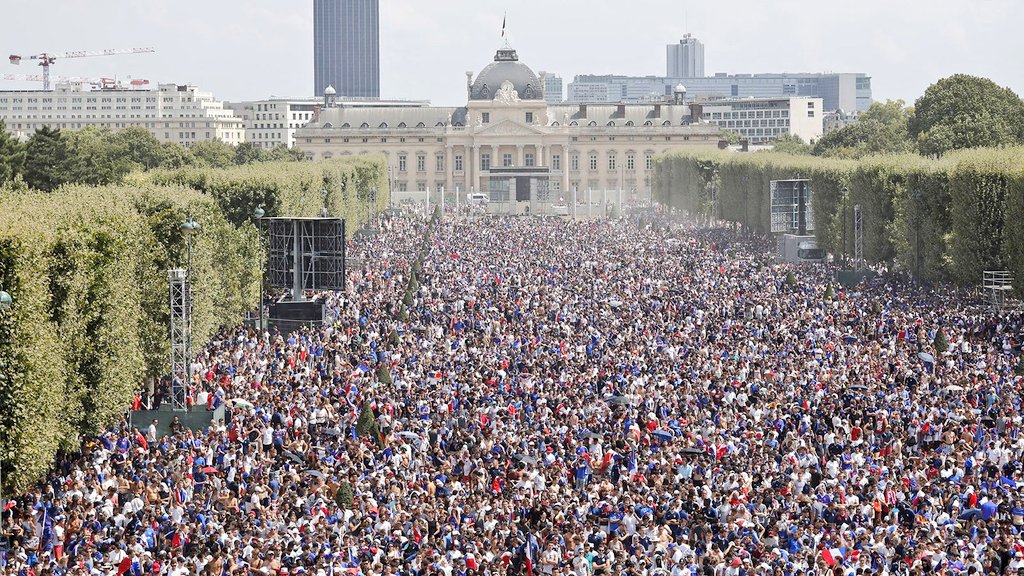 "Of course we know what's happening in France, all the more so after seeing all the images after the Belgium game," goalkeeper Hugo Lloris said on Saturday.

"But tomorrow we will be coming up against opponents of great quality. They deserve to be in the final just as much as us.

"They have demonstrated their worth and that they have the physical and mental resources to go and win it."

Croatia have shown impressive resolve to withstand three successive matches that went to extra-time -- Mario Mandzukic's winner in the 109th minute defeated England in the semi-final on Wednesday.

Dalic said on Saturday he was prepared to make changes for the final if any of his players have failed to recover from their exertions.

"Tomorrow is the World Cup final. Simply, the players know what that is," the coach said. "One thing that brings me happiness is that all my players tell me if they are not 100 percent fit.

"They know what is at stake, but if they are unable to give their all they will tell us." Ivan Perisic, who scored and set up Mandzukic's winner against England, was among five Croatian players to miss training on Friday.

"We need relaxation and rest to gain freshness for tomorrow," Dalic said. "We have some minor injuries, minor problems, and I hope my players will be ready. If not, I have great players on the bench who will be raring to go."

The last time the two nations met in a World Cup was in the 1998 semi-final when two Lilian Thuram goals sunk a Croatian side playing in their first World Cup as an independent nation. 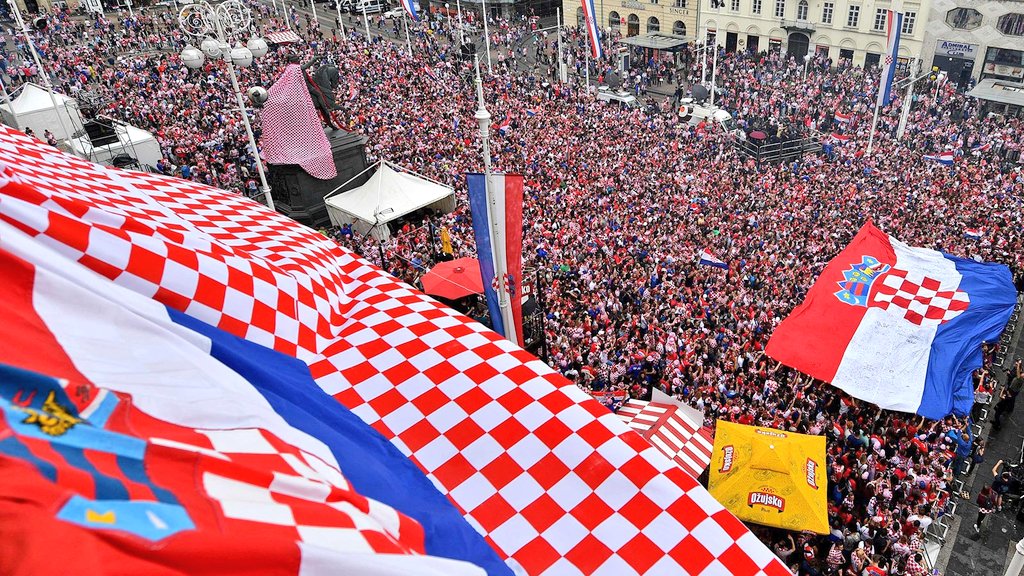 Win or lose, this Croatia team are already national heroes for improving on the 1998 team's performance.

Belgium proved too strong for England in Saturday's third-place playoff as Thomas Meunier and Eden Hazard scored in Saint Petersburg and the Belgians bettered the achievement of their 1986 team.

England's Harry Kane looked tired and did not add to his six goals in the tournament, although he remains the favorite to win the Golden Boot for top scorer, barring a remarkable performance from Mbappe or Griezmann in the final -- both are on three goals.

Despite coming close to reaching their first World Cup for 52 years, England coach Gareth Southgate said that "against the very best teams we've come up short".