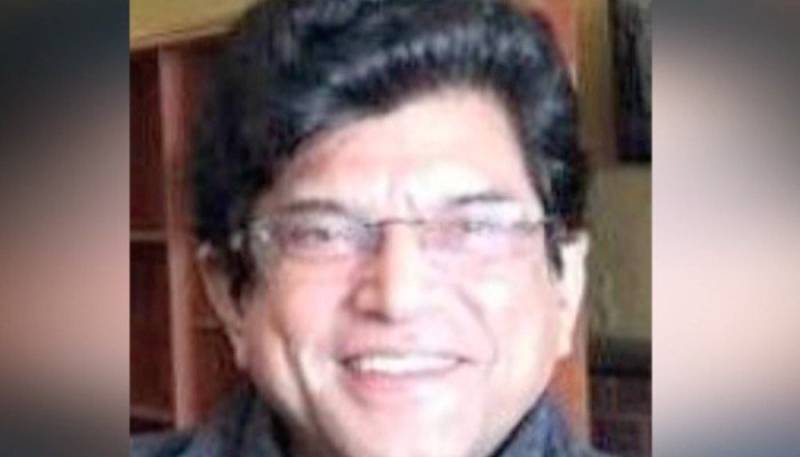 Police said that Asad Munir committed suicide, adding that his dead body hanging with a fan was found from his flat located at the Diplomatic Enclave.

Journalist claimed that Asad Munir was upset over the reports that the National Accountability Bureau (NAB) had granted approval for the filing of a reference against him.

Breaking News: NAB has taken the life of @asadmunir38 as he committed suicide after a reference filed against him. What was the charge, why he was unnecessarily harassed, how honest he was? Details soon. He's left this world with a pray to CJ to clear his name if found innocent.

Before committing suicide Asad Munir also wrote suicide note addressed to Chief Justice of Pakistan. In the suicide note, Asad Munir Wrote: "I'm committing suicide to avoid humiliation, being handcuffed and paraded in front of media...I'm giving my life in the hope that you'll bring positive changes in system where incompetent people r playing with life & honor of citizens in name of accountability." 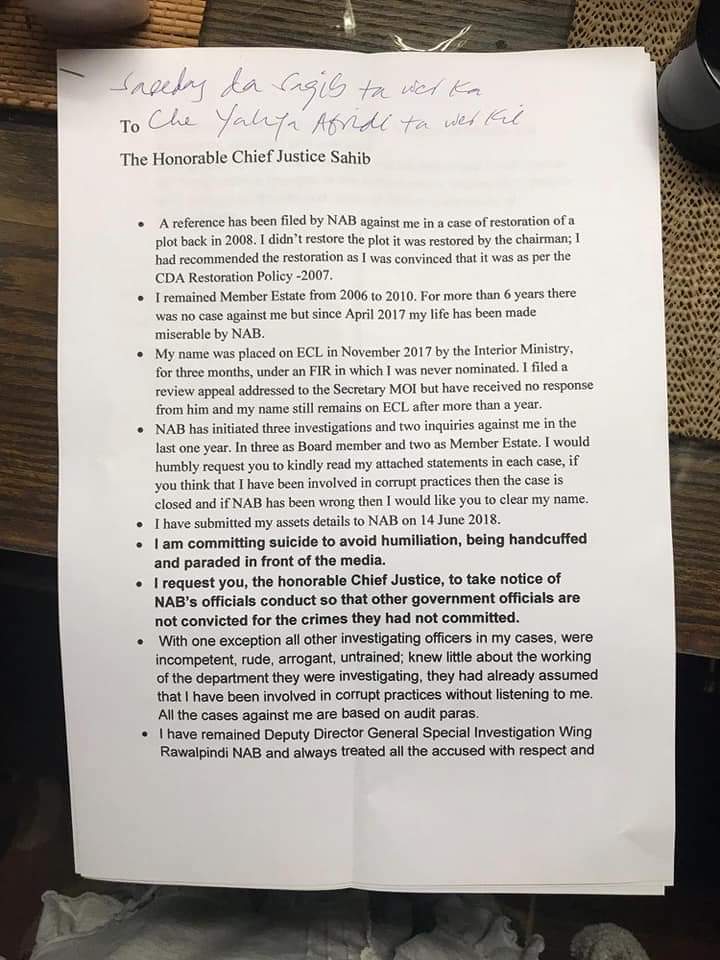 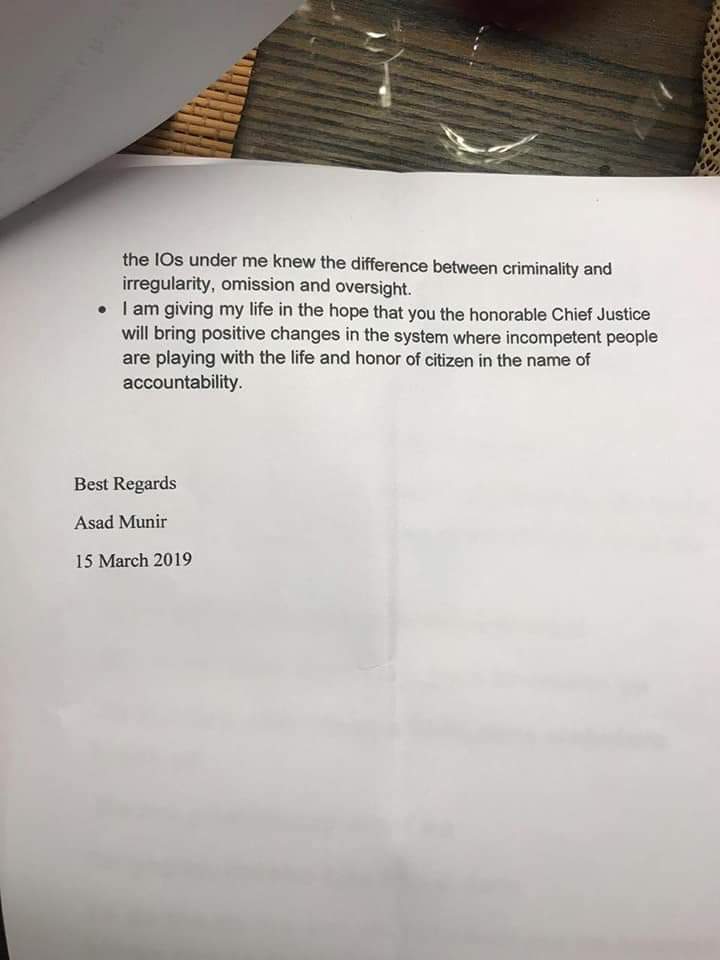 NAB had accused Munir of misusing his authority and restoring a plot in F-11 area in Islamabad.

He was also the former director of intelligence agency Peshawar.